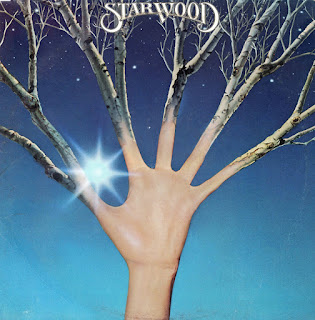 Starwood formed in Aspen Colorado round the mid seventies.The band made a self-titled album for Columbia; it was recorded at the Caribou Ranch in Nederland, where Elton John, Stephen Stills, Rod Stewart and numerous others would make albums.

The single “Burning Over You” was released to radio in 1977. The band toured with the Dirt Band for most of a year, appearing at Red Rocks; they finished 1978 with a show at the Cow Palace in San Francisco, on a bill with Santana and Eddie Money.

Starwood didn't quite hit rock-star status. They played a final gig, at the Dorothy Chandler Pavilion in Los Angeles, and never made another record, never toured again.

Musically they’re running upon country and folk forms, somehow like  a light version of Crosby Stills and Nash  with sound closest to Little River Band and Firefall, in conclusion an enjoyable album with many good moments. 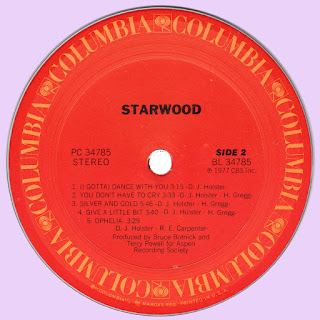 Free Text
Posted by Marios at 9:38 AM

I believe we haven't scratched the surface yet of what Rockasteria could surprise us with rarities. Thanks a lot!

Sounds good. Thanks a lot...