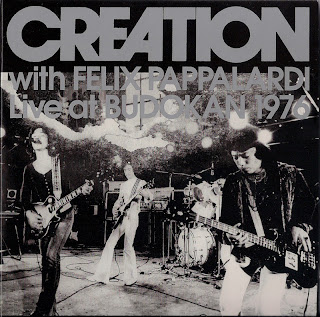 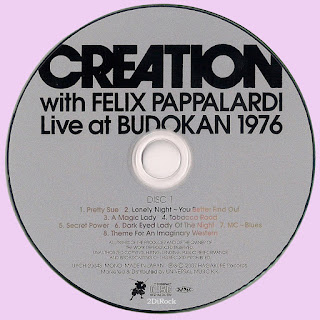 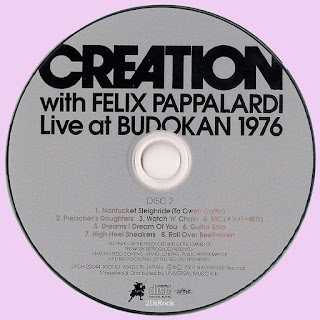 Wow! this is killer album, as i was expecting this live recordings have nothing to do with their uneven studio album, here much heavier and better. The sound quality is not perfect, but this is a rare and unique testimony, do not miss it. Thanks a lot, Jim and Marios for the sharing, and your hard work Jim for the complete scans.

A true rarity although I prefer the studio album, more arranged and less hard rock, where there is more influenced by Felix Pappalardi. Thanks to Jim & Marios

Wow, I like the band, glad to have a chance to check this out!!!

Excellent music! thanks a lot!

Awesome - I didn't realise there was a bootleg of Pappalardi's Creation live material.
Ihave their studio LP so I'm keen to hear their live material - especially the cover tracks of Moutain material
Many thanks Jim & Marios

Three...
Please and thanks.

An excellent Japanese band and with Pappalardi make an extraordinary duo, thank you!

Could you fix this one please? All links are dead.