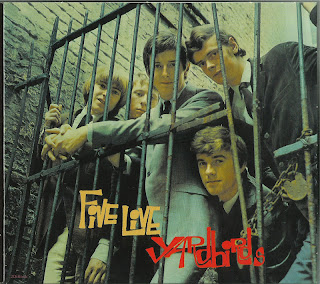 Five Live Yardbirds was the first important -- indeed, essential -- live album to come out of the 1960s British rock & roll boom. In terms of the performance captured and the recording quality, it was also the best such live record of the entire middle of the decade.

Cut at a Marquee Club show in 1964 , Five Live Yardbirds was a popular album, especially once Eric Clapton's fame began to spread after leaving the band. Although the album didn't appear officially in the United States until its CD release by Rhino in the late 1980s, four of its tracks -- "Smokestack Lightning," "Respectable," "I'm a Man," and "Here 'Tis" -- made up one side of their classic U.S. album Having a Rave Up, and the British EMI LP became a very popular import during the early 1970s as a showcase for both the band and the playing of Eric Clapton.

That album had astonishingly good sound, which was not the case with any of the reissues that followed, on vinyl or CD -- even Rhino's compact disc suffered from blurry textures and noise, though it was an improvement over any release since the original EMI LP. The 1999 Repertoire Records reissue is the first CD that matches the clarity and sharpness of the original LP, and along with that improvement, their original concert has been very sensibly expanded with a half-dozen live cuts from roughly the same period, recorded at the Crawdaddy Club.

Among them is a killer live version of the Billy Boy Arnold classic "I Wish You Would."There's also a pair of live tracks from German television in 1967 -- "I'm a Man" and "Shapes of Things"; the two, in a flash, make up for what they lack in perfect fidelity.
by Bruce Eder 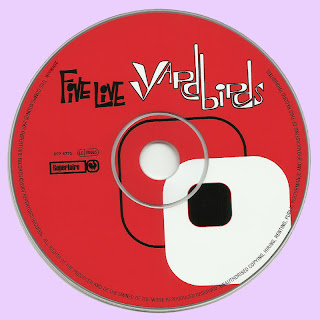 Free Text
Text Host
Posted by Marios at 2:00 AM

Thanks very much for this 'extended' classic...

Could you please reload the MP3 version of "Glimpses"? They aren't working anymore...
Thank you!

Thank you for his extended version Marios!