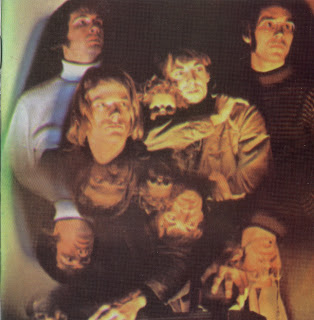 Open your eyes, your mind and enjoy the video at high volume...

If Leonard Cohen barged into an Electric Prunes recording after obliterating his mind in an all-night glue-sniffing binge it might have sounded something like this.

With song titles as preposterous as “A Musical Tribute to the Oscar Meyer Weiner Wagon,” who knows what the famed RnB label Chess Records was thinking when they decided to sign Milwaukee’s The Baroques in 1967. They did manage to stir up a little controversy with their anti-drug (so they claimed) song, “Mary Jane,” but besides that it looks like Chess was stuck with a very strange, unmarketable record. And don’t expect an onslaught of spacey sound effects and weird noises a la the early Pink Floyd, this is a less overt type of psychosis that slowly but surely embeds itself under your skin.

The Baroques had a fuzz-guitar/keyboard-damaged sound that retained much of the garage intensity of ’66 while plunging into the experimentation that marked the latter part of the decade. Sure, there are traces of the Byrds and the Zombies, but by the time the Baroques have had their way with a pop song, it’s like the deformed bastard child of those bands hobbling around on one leg.

As on “Rose Colored Glasses,” where Jay Berkenhagen’s odd, deep vocals bounce along with awkward (yet insanely catchy) riffs until settling into a gorgeous, harmony-laden chorus. “Nothing To Do But Cry” is an exceptional folk-rocker that’s dirtied up with some nice distorted jangling and raw power-chording. At times they veer into chaotic fits of noise that wouldn’t sound too out of place on a Scientists album (“Iowa, A Girl’s Name” “Musical Tribute…”).

But what really sets them apart from other similarly-minded bands is the excessively glum atmosphere which pervades most of the album. The sludge-folk of “Purple Day” and “Seasons” may come off too monotonous for some, but there is something absolutely hypnotizing lurking in the uncommonly dark textures of these songs.
by Stranger 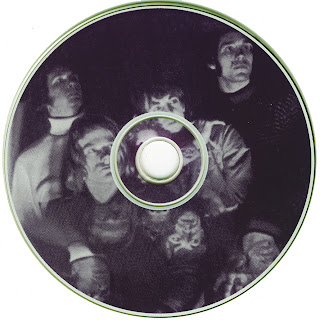