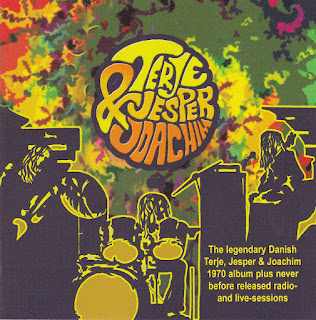 Terje Jesper and Joachim' started out as 'the Unknown' in autumn '65. I put a down payment on a red Hefner bass with the money I'd gotten for my 13th birthday (October 3rd). In November '65 we made our first recording, the title song to an animated short film by the the Danish director Flemming Quist Moller. The film was used as a short before the main picture, and played at movie theaters all over the country. We started playing school dances, pop competitions and eventually sit-inns and other hippie venues. We started writing our own material very early on and mixed it in between Stones, Kinks and Animals songs. Later on we played mostly original song with just a few Hendrix and Pink Floyd covers.
In "68 we made it to the final of a nationwide pop competition starting out with more than 300 Danish bands. The final (5 bands) was transmitted live on national radio. The bands we were competing with all played nice pop covers (the winners played a Hollies song), but we asked the producer to give us a cue when to stop, which we then improvised 15 minutes of acid rock. The times were a changing!
In the summer of 1970 we went to Aalborg, Denmark to record 'Terje' Jesper & Joachim' at Spectator studios. We had three days of studio time and were very eager to spend as much time as possible playing and recording. We slept right on the studio floor and woke up early every day only to find it impossible to wake up the producer and technician in the house next door. We got them up and working around 5pm but by midnight they were to stoned to go on and we had to stop. The same thing happened the next two days and then the album was recorded. We used two Ferro graph 2 track tape machines. Bouncing back and forth a couple of times.
We played gigs around the country for a couple of more years. At some point we added a lead singer and a keyboard player, but eventually we joined other bands and broke up the 'Terje, Jesper and Joachim'.
by Joachim Ussing, Copenhagen, May 2, 2OO7 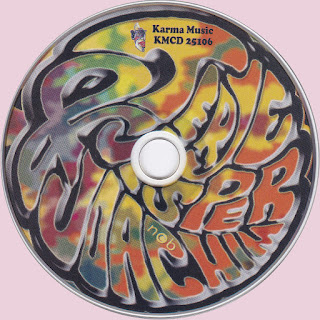 Some strong Songs on this Album. Thanks

The link is corrupted

Hi Unknown,
just checked, downloaded the links from the folder above, extracted the files with the password, no error occured..

My waiting for this is over.Thank you so much "MARIOS"...