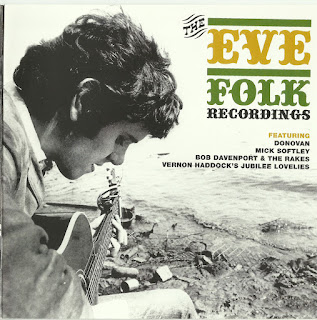 It’s not often that a double CD, rather than box-set, provides insight into a crucial historical moment. Thanks to Cherry Red’s broad field-lens, the diverse RPM Records (est.1991) release The Eve Folk Recordings from the boom year of 1965 when the EP format, often split-sided like jazz issues, was being elbowed out by LPs. Transatlantic issued early Renbourn and Jansch, but it was three sex education platters and imported Russian classical music that financed diversity. Artists then were mostly bohemians anyway, often running clubs while earning a crust from gigs rather than poky studios distributing through the backdoor.

It was a living tradition rather than revival, and more home-spun than contemporary R&B. The scene resulted in a few careers (it’s hard to believe Ralph McTell’s ‘Streets Of London’ hit number 2…in 1974, first on his 1965 LP) as well as spin-off folk-rock, psych-folk, even Baroque Renaissance. Quirky one-hit wonders too, ship-jumping into “light entertainment”, and mainstream covers (who’d imagine the million-sellers by Presley and Roberta Flack of ‘The First Time Ever I Saw Your Face’ was by the anti-Capitalist Ewan MacColl). This double CD features one poised for international fame, one (also) hailed as the English Dylan for three CBS LPs but became a cult recluse, one renowned for traditional fare, and a sole album called “the most obscure album ever made” (Mojo Collection 2007). Welcome to the world of Eve Productions, formed by writer-producers Peter Eden and Geoff Stephens in sunny Southend, where they first saw Donovan supporting Cops and Robbers in ’64 and signed him up.

When EMI/Columbia wanted four albums, Eve initially chose Donovan but the future all-too-quickly slammed the door. Three consecutive appearances on Ready Steady Go hailed him as Britain’s Dylan: an LP and singles on Pye, with Eve involved, soon came out (‘Catch The Wind’ and ‘Colours’ open here) then he changed management. They needed a fourth album: Eric Clapton was interested but then thought his new employer John Mayall wouldn’t approve. So, three albums here and the A-sides, plus two LP tracks Donovan covered without permission from his older guitar tutor Mick Softley: ‘The War Drags On’, the first British anti-Vietnam song, and ‘Goldwatch Blues’, prophetically about work exploitation with startling lyrics going for the jugular more than Dylan dared.

Mick Softley had a reputation on the circuit and through his Spinning Wheel club (home of later TV. series Pie In The Sky), famously raucous into the early hours. Maddy Prior still recalls “that holy terror Mick” cajoling her onto the barrel-raised stage for ‘The Good Ship Venus’: “I was so embarrassed while trying to look cool—oh goodness it was awful!” The bohemian Softley didn’t even write his songs down, but that changed for the hirsute 24 year-old’s debut done in a single session (like all their recordings), the producers picking out what they liked. Songs For Swinging Survivors is now rare, only once on CD by Hux (2003) without bonuses, and here completes RPM’s first CD.

There are fine covers of ‘Strange Fruit’, a Civil Rights Movement staple, Guthrie’s ‘The Plains Of The Buffalo’ (long in Softley’s repertoire), and Pete Seeger’s ‘Bells of Rhymney’ based on a Welsh school-teacher’s poem, featured on The Byrds’ debut just weeks before this autumn recording. Intricate instrumentals (‘Blues For Cupid Green’; ‘I’ve Got A Deal You Can’t Turn Down’) between bold, rich-toned advice to a drug addict ex-lover, a warning about nuclear war, love songs of different tempo, and travel tales capturing the rolling sound. His own ‘The War Drags On’–haunting vocals over percussive guitar—is more moving than the better-known version. A welcome addition to this stirring set is the Immediate 45 ‘I’m So Confused’ / ‘She’s My Girl’ produced by Eden/Stephens a few weeks later.

The second CD is a different take on the multi-form known as folk. Bob Davenport championed the living tradition like the old bluesmen then. He’d done EPs but this was his first album with the Rakes providing fiddle, piano, melodeon, tin whistle and spoons for one evening session, with regulars from Islington’s The Fox providing chorus. Fiddle-accompanied ‘William Brown’ is boisterous like ‘The Soldier And His True Love’ with its double-entendres. ‘The Foggy Dew’ sounds startlingly like a younger Harry Cox, the Norfolk fisherman who put it in the canon. ‘Reel’ and ‘Jig’ are stirring whistle and bell-like spoons performances, strong as any electrified folk-rockers. ‘My Bonnie Land’ haunts as a solo lament, which Davenport recorded four times. Rambling Jack Elliot arrangements resurface for ‘Rap Her To Bank’, a Birtley miner’s song, and ‘Old Johnny Booker’ (changed to bugger for this knees-up). Davenport returns to his roots (‘The Hexamshire Lass’; ‘Gateshead Town’), climaxing with the band’s full-on ‘Down The Glen’. With a strong whiff of Watney’s Pale Ale, the stories come thick ‘n’ fast through the mist. Pristine live 1965 bonuses are non-Eve: ‘The White Cockade’ and Northumbrian ‘The Shepherd’s Life’.

Time-travelling continues with Vernon Haddock’s Jubilee Lovelies, a name a little less odd when the contents heard. It was actually David Elvin’s band (vocals, guitar, banjo, kazoo) but Vernon Haddock (mandolin, jug, swanee whistle) had the name going for him (they thought), with David Vaughn, Sid ‘Piles’ Lockhart, and Alans Woodward and Sutton providing guitars, harmonica, washboard and percussion. The energetic fun-timers mix Music Hall, American 20s and hillbilly, said to be much funnier live than Monty Python (many were, e.g. Dandelion’s Mike Hart and Occasional Word). Recorded in one night – with irregular mike placement – this sole LP sees them astride a steam engine under the Union Jack and Southern Cross.

‘Mandy Make Up Your Mind’ has some nice instrument echo sounding like a gramophone. The jug and harmonica ‘Viola Lee Blues’ could be Sonny Terry & Brownie McGhee on a good day, Lockhart’s ‘Vickyandal’ is allegedly about Queen Victoria though escapes me. ‘Little White Washed Chimney’ recalls the Incredible String Band’s log cabins. They stroll off into the sunset to ‘I Wish I Could Shimmy Like My Sister Kate’, and the afore- mentioned fate of the obscurest album ever. They did record later for Decca/ Immediate, but unreleased when Lovelies remained semi-pro; David Elvin worked on the Yellow Submarine film. Shifting 400 copies, probably mostly in their local, Leigh’s Smack Inn, it’s a rare recording of English jug-washboard music, more earthy than Mungo Jerry, McGuiness Flint and Panama Limited Jugband. As if scrumpy-fuelled rather than anything whiter, it’s wondrous the hoedown didn’t need new fangled electricity.

This time-capsule, with only Mick Softley on CD before, catches the first recording phase on a crest before falling under other waves. Colin Harper’s authoritative essay features Davenport and the producers; Eden’s limited vinyl anthology (1999) had Clive Palmer’s ‘Stories Of Jesus’ and a later unreleased Jubilee Lovelies track. Boom or an overheard network of secret societies spread by coded messages, this important release of three rare albums with their origins provide a vivid snapshot of the diversity and potential possibilities for years afterwards.
by Brian R Banks 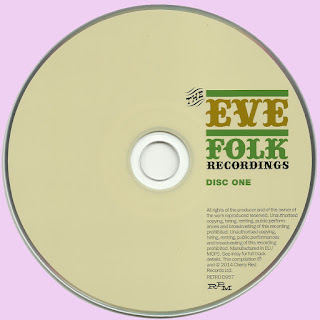 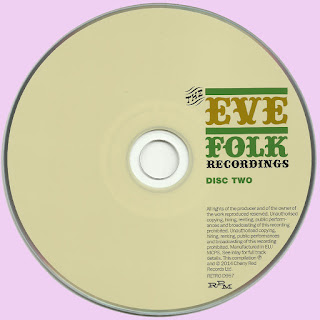