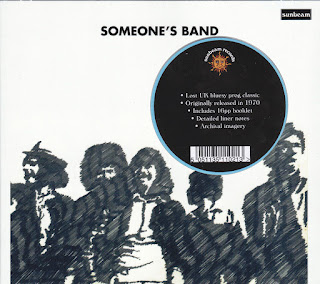 Cecil James teamed up with four other top notch players to form a group called Someone’s Band, the outfit released their debut and only album on Deram Records, a progressive label in London that also had signed Cat Stevens and Ten Years After. Deram was owned by Decca at the time and it now belongs to Universal Records.
It was 1970 when that album was initially released. Sir Cecil was the lead singer, but he didn’t do any of the drumming, even though he was an accomplished drummer by then.
The band consisted of people who are well known on the other side of the Atlantic. Drummer Woody Martin had played with top London jazz musicians. Bass player Terry Powney is now a Californian recycling old vintage cars. Guitarist John Coxon played lead and rhythm. Guitarist Melvin Buckley also played lead and rhythm guitar and he co wrote the songs with Sir Cecil and Coxon. The drummer wrote one song called “Manhunt.”
The original album back cover apparently got Sir Cecil’s name wrong. “On the album cover somebody wrote Cecil Jones. In the music business, it’s James,” he said. “Somebody wrote something wrong by saying Cecil Jones, but it’s not. It’s Cecil James.”
The album was produced by Steven Stevenson who had been a right hand for Robert Stigwood. Someone’s Band broke up shortly after they released the debut album.
by Bill Copeland, August 19, 2011 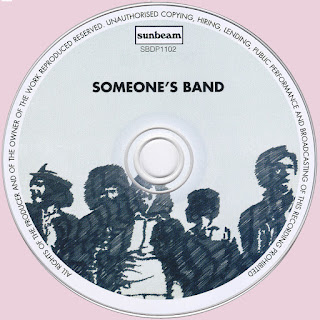 Many thanks for uncompressed tracks!!!

Never heard it before.Not bad at all.Thank you...

Thank you, never seen before.