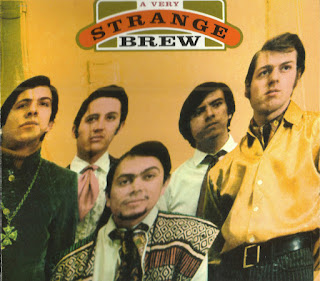 Perhaps it has something to do with their Latin heritage, but this one simply doesn't get enthusiastic reviews from the critics ... That's unfortunate since 1969's "A Very Strange Brew" stands as a pretty impressive late-1960s garage/light-psych offering.

In terms of bibliographical information I can't tell you much about this five piece.  Lead guitarist Ronny Reyes apparently cut his musical chops playing in a number of East L.A. bands including The Impalas. Piecing together the liner notes and writing credits, the line up apparently consisted of lead singer Tommy Lozano, drummer Mark (no last name). keyboardist John Mekenian, lead guitarist Reyes, and bass player Art Sanchez.  Their debut LP was recorded at California's American Recording Studio, with Jimmy King producing.

So what's it actually sound like?  Ignoring the lounge act group cover photo, propelled by Lazano's likeable voice and Makenian's Farfisa organ the album featured a largely original mix of commercial pop ('Three's a Crowd'), blue-eyed soul ('Yesterday's Coming'), Latin rockers ('(Such a) Foggy Day) and an occasional nod to lite-psych ('It Takes a Fool').

Interestingly, while it didn't make for the most original collection you've ever heard, every one of the ten tracks had something going for it, making for one of those albums that became better each time you listened to it. The other highlight was guitarist Reyes.  His isolated solos were always entertaining and impressive.  Personal favorites included the acid-y lead off rocker rock 'It Takes a Fool', 'What Do You See In My Mind' and the nifty rocker 'I Can Hardly Wait To Live'.  (Over the years I've only seen a couple of copies of the album, each with a promo sticker on the cover.

Reyes seems to be the only member to have remained active in music. In the early-1970s he recorded an album for Playboy Records as part of the band Yaqui and has toured with a number of bands, including a 1980s version of Cannibal and the Headhunters.
Bad-cat 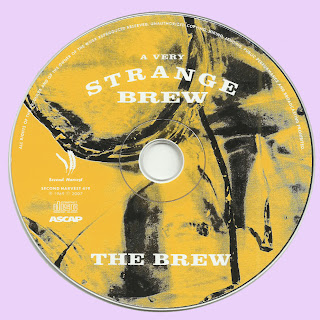 I wanted to put vinyl rip on the bordelblog in the near future, so you saved me hard work with editing...
Marios, thanks for one of my favourites

Tremendo disco. Muchisimas gracias. Thank you very much for this incredible album.

I grew up on this album, Tommy is my dad,were do I find the disc? Please tell me.popsablaze@gmail.com