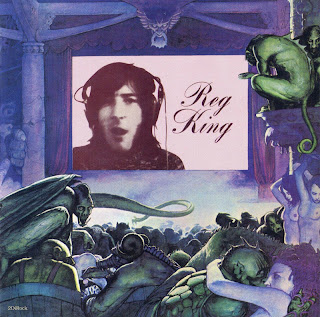 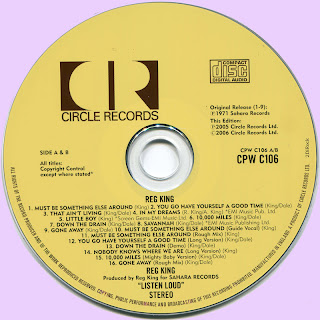 You have a great blog and thanks so much for putting up such exceptional music. Thanks again and again.

Fantastic ! Thanks a lot.

Did I see Brian Auger on keyboords, Mick Taylor on guitar? Yes, I did! Thanks for posting guys!!

Marios, I have been playing this album frequently and it is a rich and somewhat ecclectic, wonderful album. Thx again!

Thanks for the introduction to Reg King. I knew of his work with The Action, primarily, but not his solo recordings. Appreciated. Wonderful music blog.

I've befriended Brian Godding via email (he's a great guy)but wonder if anyone has sent him this. thanks for your blog!

Can't see to get the link to work. Says server cannot be found. Love your blog!

absolutely amazing album - and such a wasted talent - first came across it on the All Good Clean fun UA sampler - now that was a sampler - early Hawkwind, Gypsy, Help Yourself, Morning etc

Thanks for this! I also never knew his solo work, just The Action stuff.