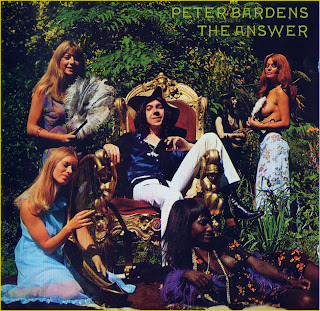 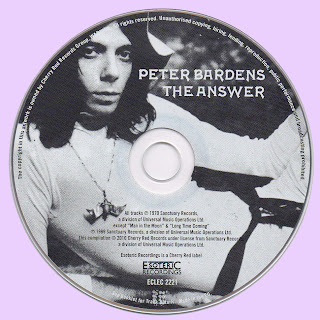 Free Text
the Free Text
Posted by Marios at 4:00 PM

I bought the album in 1970 because Melody Maker wrote Peter Green was playing on it.
And yes this album is good because the guitar playing of Peter Green is great.
Thanks for this bonused edition.

I think this is the best of all Peter Bardens Solo recording.I didn't know (or i forgot) that Peter Green played on this record.Esoteric Record has always made beautiful reissue, with a great work information,superb packaged etc.This one with bonus tracks is a gem.Thanks Marios for sharing this great classic.

Have his Anthology 1963 -2002, titled Write My Name in the Dust. Includes both albums, some previous work with Cheynes, Peter B's Looners, Village and some Camel. Camel is one of my all time favorites. And Peter is another guy, another good musician, who already passed away.

Thanks Marios, I enjoyed this immensely. All good but I particularly liked the last 3 tracks.

Hi Marios, I never listened to Peter Bardens solo releases. I like Camel very much, though sometimes I find them too mellow. Anyway I will gladly check out this post, thx man!

is a re-up poss? btw, I've turned friends onto the blog, it' the best. praises.

Hi
Can you let me know what the password is please?

Did peter play on all the tracks mate?

Peter Green was credited as Andy Gee,
he played in all original album tracks, except the two bonus tracks,
because the line-up for these specific tracks,
consisted of organ, piano, bass and drums.


A small correction. Andy Gee is an actual musician and in fact does play on this album including some solos along with Peter Green.