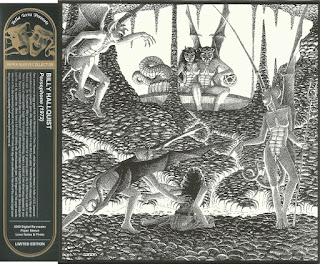 Billy Hallquist was born Oct. 19, 1949 in Sioux Falls, SD, USA. In 1951, He was stricken with Polio, but survived after several months in the hospital. His family moved to Minneapolis, MN in 1962. Billy graduated from Roosevelt High School in 1967 and briefly attended the University of Minnesota. He withdrew from college to pursue a career in music.

Like most teenagers, Billy was swept up in the Beatlemania phenomenon of the early '60s. Formed in 1965, his first band, The Transgressors, played the usual high school dances, talent shows and teen clubs of the day. His next group, The Other Guys, began to add original material to their repertoire of Beatles, Stones, James Brown, Bob Dylan, Animals, Paul Revere and The Raiders, Tommy James and other Top 40 hits.

His brief college career came to an end when Biliy replaced the guitarist of a pioneering Christian Rock band, Good Idea. They had just completed recording an original piece titled "1225", the traditional Christmas Story told from a Pop/Rock perspective. This recording landed the grouo a contract with Roulette Records. Prior to finishing the album, the original vocalist/lyricist left the group to pursue a solo songwriting career.

The addition of a new bass player and vocalist caused the group to abandon its Christian roots in favor of a more traditional Rock/Pop sound. The album was completed and Good Idea became Thundertree. If you listen to the album, there are distinctly different sounds on each side of the disc. The Thundertree side of 5 Rock songs is quite different from the Good Idea recording, which is a long suite of multi-themed musical movements.

During the sessions, the album producer asked Billy if he would become lead vocalist in order to complete the project. But, Billy lobbied for another singer who eventually took over the vocal duties. However, Billy did agree to sing lead on one track, "Summertime Children". The album was completed and de ivered to Roulette for national and international (on Vogue) release in 1970.

Thundertree toured briefly. They shared the bill with national acts like The Box Tops, (Ted Nugent and) The Amboy Dukes, Rotary Connection (featuring future superstar Minnie Riperton) and The Johnny Winter Band before typical band politics and personal issues led to Hallquist's departure in 71 from the group he helped create.

Billy began to write and perform songs that were primarily acoustic vs the electric rock he had grown up with. For the next few years, he became a fixture on the Minneapolis folk scene that had launched the careers of such notables as Bob Dylan, Koerner, Ray and Glover, Leo Kotke and others. When time/money permitted, Billy would book sessions at Sound 80 studios, which was a state of the art facility, attracting such luminaries as Cat Stevens. (Several years later, Bob Dylan would utilize Sound 80 to rerecord much of his legendary "Blood On the Tracks" LP.) These sessions culminated in the release of "Persephone" by Billy.

"Persephone" did much to establish Billy as a solo artist and was followed up by a 2nd solo release in 1976, "Travelin"' on Mill City Records. During this period Billy appeared with such major acts as Jerry Jeff Walker, Michael Johnson, Barefoot Jerry and comedian Jimmy Walker ("Good Times"). In 1976 Billy Hallquist helped form "he K.O. Band and performed with them throughout the Mid-West U.S. for a brief period. K.O. band alumni include Bobby Rivkin Bobby Z. of Prince and The Revolution), Jeff Dayton (Nashville songwriter and guitar player for the likes of Glenn Campbell, Lee Greenwood and Kenny Chesney) and Kevin Odegard (K.O.) (one of the Minnesota musicians on the "Blood OntheTra:ks" sessions).

Billy also performed in a bar band '-ailed Cimmaron following his stint as a K.O.  In 1979, Billy traded in his musician career for the life of a dad and husband. While no longer a husband, he remains a proud dad of sons BJ. and Dan and daughter Megan. His corporate career included many years as Broadcast and Creative Director for Lieberman Ent. a music/video rackjobber, and Marketing Director for the iconic label, K-tel.

Billy remains active musically. Throughout the '90s, and until very recently, he performed in a group called Perfectly Loud which featured a set list of nearly 1/3 Hallquist originals. The K.O. Band has reunited several times in the past several years to significant critical and public acclaim. His solo appearances at Three Crows in Delano MN helped establish it as a viable music venue that currently attracts numerous national and regional acts.

"I enjoy performing now as much, or more, than I ever did when I was doing it for a living" Billy often repeats to anyone who will listen. "I can't stand the booking end of the music business. I never had a desire to promote myself, which is an absolute necessity. But, if somebody asks me to play, I'll be there."
CD Liner-notes 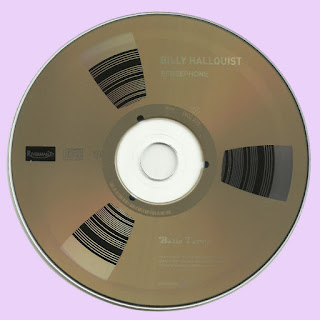 Wow! This gotta be the rarest thing I've ever heard and in flac. Hats off to you, Lord Marios.

Many thankx for this friend.

Masterpiece ! Thanks for this jewel !

good for him and me! new to me, thanx Marios