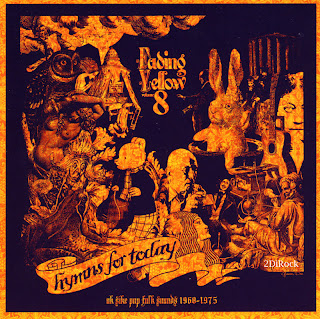 This limited-edition (1,000 copies) compilation brings together 21 U.K. pop-psych-folk rarities from 1968-1975. And you'd better believe some of these are really rare, especially when it gets down to something (John Pantry's "Long White Trail") taken from a 1972 soundtrack to a film about a team of sled dogs.

A few of these artists have connections to much bigger names, and a few are recognizable names in their own right, like British folk legend Wizz Jones; Fleetwood Mac guitarist Danny Kirwan; Tony Hazzard, who wrote hits for Manfred Mann and the Hollies; and Andy Roberts of Plainsong/the Liverpool Scene. Overall, however, you wonder whether more than a dozen people worldwide have all of the original releases from which these were taken in their private collections.

That's part of the utility of an anthology such as this, of course, for those who are pretty deeply interested in the genre but don't have the time or money to chase down all of these obscurities. Though pretty diverse as a whole, what these tracks share is a general simultaneous folky base and willingness to stretch outside usual folk-rock and singer/songwriter conventions of the era into something a bit stranger and freakier, without actually getting too freaky or electric.

Certainly there are heavy echoes of some of the much bigger names exploring somewhat similar territory, like Donovan, Bert Jansch, Al Stewart, Nick Drake, or Sandy Denny; traces of major rock songwriters who sometimes approached the edges of whimsical folkiness, like Ray Davies or Roy Wood, can also be detected. If nothing here is as good as the finer work of those esteemed artists, usually these songs possess a quite engaging haunting and tremulous ambience, often embellishing reasonably melodic songs with interesting eccentric sounds, production touches, orchestration, and odd (if sometimes overly precious) lyrical viewpoints.

The level of quality is high enough that there aren't many obvious high points, but certainly Nadia Cattouse's melancholy "All Around My Grandmother's Floor" will be heartily embraced by anyone who likes Vashti Bunyan or Bridget St. John; Trevor Billmuss' "Sunday Afternoon in Belgrave Square" will likewise appeal to those who love the most ornate early Donovan/Stewart arrangements; and Vigrass & Osborne's "Ballerina" is first-rate dreamy pop-folk-psych.

While some collectors might object to the following observation, frankly, compilation CDs such as this make for much better listening than most of the original releases from which they're collated, as these intelligently culled highlights are far more consistently enjoyable and diverse than most single-artist LPs in this field. If you do want to track down more of the same on those original releases, the detailed liner notes give you a good starting point.
by Richie Unterberger 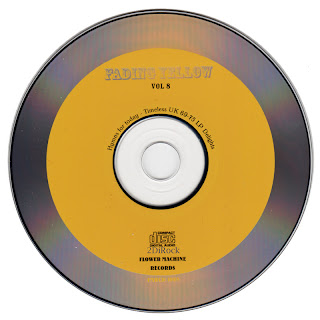 What a beauty!
Thanks to The Loner and Marios for your generosity.

Thanks Marios for Vol. 8 of this fine series.

Hello Marios, Thank you for this and for all the other wonderful posts - so glad to see that you're still here after so many other blogs have closed. I've been a fan since phrock blog, I always loved your posts there. The mix of music here is reeeeaaallly enjoyable - I like that you include the "lighter" pop-psych and sunshine pop stuff as well as harder psych. Anyway THANK YOU

One more thing: I just noticed the "provided by COR" in the FreeText! Are you still in touch with COR? Does COR have a new, post-phrock blog as well that i'm unaware of? If you talk to him please pass along a huge THANK YOU for all that he shared and tell him he is sadly missed.
COR's posts, like yours, were the one's I really looked forward to on Phrock. Not only the music but the artwork scans, WOW! are the scans from you and COR amazing! So many high quality postings from you both that it was hard to keep up (like that Monkees 'the Brds the Bees' deluxe post I wish I'd have seen back then).
Sorry for rambling on, again THANK YOU (& THANK COR)

Thanks Noel for your kind words. No I don't have my own blog but I'm posting a lot on a certain Forum. Sometimes Marios helps me and sometimes I'm helping him with some rare stuff like this Fading Yellow Series.
Hope you like it.
Cor.

Cor - I'm so happy you and Marios are still around to thank. I was away and offline for awhile this winter and spring, when I came back seemed like so many of the best blogs had been closed. Very sad that now my phrock registration is just a momento of happier blogging days.

I feel really out-of-the-loop asking this but which "certain Forum" are you referring to? I don't want to ruin anything for others by having it typed out in the open but i'd just about kill to know where this forum is.