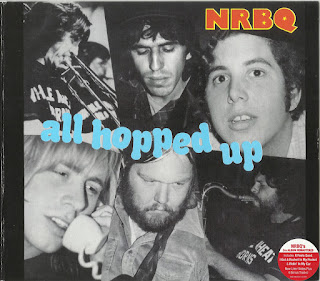 The music on All Hopped Up covered a period of a few years, 1974-1976. The LP was released in the Spring of 1977 by Red Rooster Records. NRBQ has released several fine albums but this has to rank as one of their very best – a minor masterpiece. Released during the height of the new wave/punk era, it sounds like nothing else from the time.
In fact, none of these 13 songs sound alike. NRBQ cover an enormous amount of ground on this release, from rockabilly, country, folk rock, power pop, jazz, and more. Even more amazing that they make it work as well as they do. It’s pointless to list highlights as the album is strong all the way through but a few special tracks need to be singled out. Al Anderson’s Ridin’ In My Car is a timeless pop classic. It Feels Good and That’s Alright are excellent power pop tracks on par with the best from this era. Call Him Off Rogers is a weird, offbeat country rock number with a melodic guitar solo. Things to You, a Terry Adam’s original that would later resurface on NRBQ’s country outing with Skeeter Davis (a great record), is another outstanding track.
NRBQ never took themselves too serious and for this reason they are never ranked among the important bands of the classic rock era. But when one reviews their body of work and its consistency, you can definitely pose the argument for NRBQ being one of America’s great rock n roll/roots bands.
by Jason Nardelli, May 12th, 2020 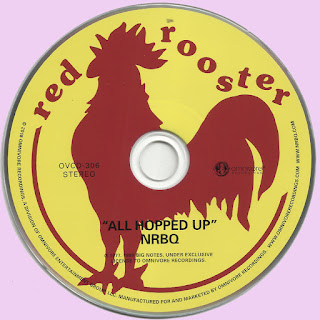 Has anyone else had issues trying to get a Deposit files premium account? It won't accept my payment.

Thank you very much. I love this band!!