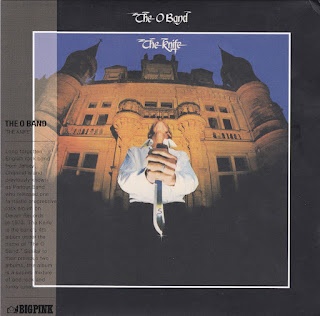 The first song from "The Knife" is an old number by Spirit. The O-Band dutifully plays the song. The second song is also a cover penned by John Fogerty "Almost Saturday Night", from the third song the band does present their own material. "I'm Gonna Leave You" is a mid-tempo rock number with nice harmony vocals. "Strange Lovin'" sounds similar. The song sounds good and breathes a lot of west coast feeling with a pinch of country rock. "Back Alley Lightning" continues what has been heard so far. That sounds like US rock
"Time Seems To Fly" is another relaxed rock song. Here, too, practically everything is correct. "The Knife" is the heart of the album. The longest song on the album is also the most varied and interesting song with an interesting story. "Got To Run" follows the style of the previous song and picks up the thread of the song and the story. "Venus Avenue" ends the album in a balladesque way. Towards the end the song gets really interesting with an increasingly dissonant orchestration.
Too bad the band never made it. The Knife is a pretty good album. Singer Pix sounds very interesting, his voice has a high recognition value. The instrumental performances and harmony vocals are good. The own songs are well done. Especially the title track and the two following songs harmonize well with each other. Shortly after the release, Pix Pickford decided to leave for a solo career. The O Band later disbanded at the end of 1977. 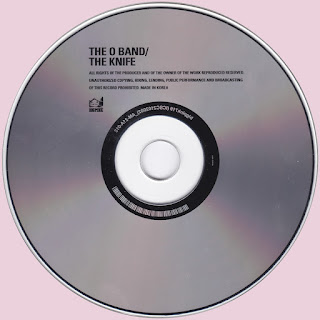 Many thanks for this wonderful Music in uncompressed, Marios!!

thank you ,mate!thanks a lot for every album of this amazing group!
I owe you several beers!

A great album, thank you for posting.

Have you loaded the cecil too? Let me know Thanks Mario

Can you re-up Michael Garrick Band - Home Stretch Blues ? Thanks a lot