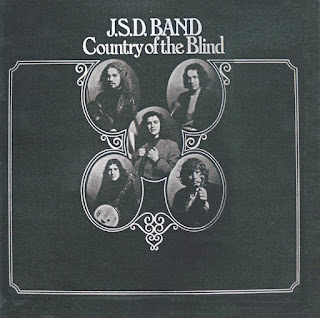 The JSD Band from Scotland are a folk band influenced by the pioneering efforts of Fairport Convention and Steeleye Span, but forging their own intriguing new directions'
Music Week
'If you're one of those people who has been caught up in the wave of adulation that has been hurled at the JSD band in recent months, then you'd better believe everything you've heard'
Sounds
'JSD may not be technically the most advanced group in the country, but they are certainly the gutsiest, the most earthy, the most physically exciting. What is different is the sheer joy in playing that they emanate'
Folk Review
'Without wanting to pick up enemies in the folk camp, I find the JSD Band give me an almost identical buzz to the Chieftains. While their contemporaries (apart from perhaps Lindisfarne, who don't have JSD's musical perfection) plug away at finding old traditional songs and making them textbook exercises, the JSD make them today. They know the songs and their moods, having heard them from fathers in Glasgow, from outside pubs and from old men in the country who still sing and play music that has been handed down to them for centuries'
Melody Maker
'Only a few years ago, the trads choked on their pints, spluttered froth down their beards and turned white at the mention of folk-rock. And if electric instruments were involved, well – that was tantamount to treason. Fairport didn't really gain respectability until Dave Swarbrick upped and left Ian Campbell to join them. But now there's a more open attitude. Now Fairport (we hope) and Steeleye Span are established. And following close behind are the brilliant JSD Band'.
NME 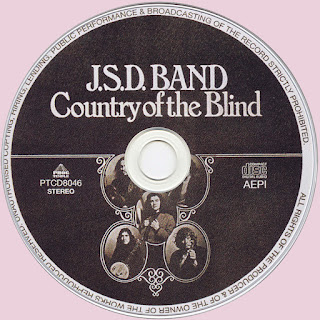 Special thanks ! Do You have more albums by them ?

Thanks for this unknown band !

Dear Marios, your blogs are AAA+++, except for "My Blog List", for instance "Graphite – Chestnut Loke – 1972 – Estação Historias Musicais", nothing there to see, only some youtube links, anyone can do it, no effort involved! Kind regards