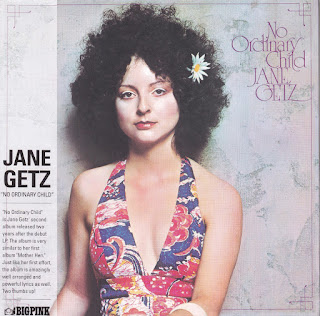 Jane Getz made a strong but brief impression while playing in New York in the mid- to late '60s, and then seemed to disappear until she emerged in Los Angeles in the mid-'90s. The truth is that she never left music, but took a long hiatus from jazz. Considered a prodigy as a child, Getz switched from classical music to jazz when she was nine. She lived in Los Angeles and San Francisco and then at the age of 15, dropped out of high school and traveled to New York City, where within hours she was playing with Pony Poindexter.
Getz worked with a who's who of jazz during her eight years in New York, most notably with Charles Mingus, Stan Getz (unrelated), Rahsaan Roland Kirk, Charles Lloyd, and Pharoah Sanders (with whom she recorded for ESP). In the early '70s, Getz moved back to L.A. and became a studio musician. She was signed to RCA under the name Mother Hen and played country music, in addition to appearing on many rock and pop albums (including with Ringo Starr, Harry Nilsson, and John Lennon). After 20 years outside of jazz, Getz started playing jazz gigs in Los Angeles, often teaming up with Dale Fielder, where it was obvious that her improvising skills were still very much intact. In 1996, she finally recorded her first jazz album as a leader.
by Scott Yanow
“Jane Getz’s 1973 solo album No Ordinary Child is a really unique record more people should know about,” muses.  “Getz is a talented pianist, producer and songwriter who did a fair amount of session work in the 70’s playing on albums by Harry Nilsson & John Lennon, Jimmie Spheeris and the Bee Gees, to name just a few.  Getz grew up on the West Coast, a child prodigy on the piano, memorizing Mozart pieces at the age of 6.  She traveled East in her teens, moving to New York and an early career playing jazz with Pharaoh Sanders, Mingus, Stan Getz and other luminaries. (She wrote a book about her travels in the jazz world called Runnin’ With The Big Dogs) Her songwriting first surfaced with a group she led called Mother Hen and a great album they recorded in 1971. Featuring a stellar cast of heavy cats like Clarence White, Danny Kortchmar, Lee Sklar, Russ Kunkel and Sneeky Pete, Mother Hen introduced Getz’ striking voice and song stylings to the pop world.”
“Sneeky" Pete returns and plays on a lot of No Ordinary Child along with Jim Keltner, John Seiter and an extended cast of LA session players.  There’s even a mariachi band on one tune!  There are elements of country, boogie woogie, blues, ballads, Broadway; a wide range of sounds and styles that feel easily connected by Getz’ piano and vocals.  Everything comes together here with a focus and depth that make the songs feel related, as vignettes in a larger tale.  Part of the shimmer of the album includes the lovely arrangements by Nick DeCaro, an incredible talent who was an in-house arranger for A&M Records as well as a musician and performer on his own.  His solo album Italian Graffiti is another overlooked gem and a big favorite of mine.
This is one of those entries that solidifies the feature for me. I’d never heard Getz’ name before, let alone this ’73 gem she’s given to the world. The record proves an entrancing listen.  This one isn’t in print on LP, but its pretty cheap to pick up second hand. I’d recommend giving it a listen and letting it into your life.
by Andy Cabic 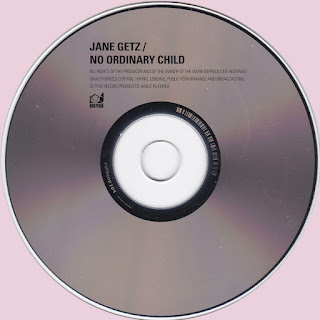 Hello Marios, do you have her first album "Mother Hen" too? It's a nice country album.

I've known of Jane Getz as a jazz pianist and a session musician, but I never knew that she also recorded country music. Given I've never heard this, I'm looking forward to checking it out. Thanks for bringing it to my attention, Marios.

Dear Marios, I noticed something titled 'Tossing It Out' on your blog list. It is pure inane rubbish, I suggest you toss it out.
Sincerely,
John Smith