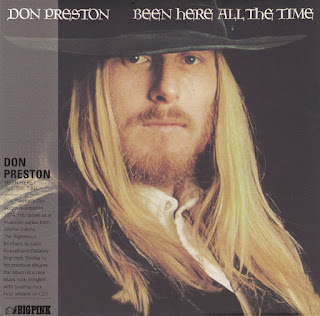 Preston's 1974's "Been Here All the Time"  found him signed to Leon Russell's MCA affiliated Shelter imprint.   Produced by Peter Nicholls, the album captured Preston at the peak of his mid-'70s career as a studio player.  You can tell the guy was good by the stunning list of players and the fact the album was recorded across five separate studios ranging from L.A.'s Criterion Studios to Apple's London Studios.   This couldn't have been a cheap album to record.
Featuring all original material, I won't try to convince anyone this was a great release.  In spite of the all-star supporting cast, few of the songs were truly memorable. Preston certainly had a likeable voice and he was a gifted guitarist, but he seemingly couldn't figure out what direction he wanted to pursue.  The result was an album that tried to be too much for too many folks and ultimately came short across the entire musical waterfront.
An album that starts out with a screeching guitar solo isn't a bad thing in my book. Add in Preston's Southern-tinged voice and 'A Minor Case of the Blues ' got the LP off to a blazing start. Sweet, breezy, country-tinged tunes with some nice finger-picking, blues-rockers with nifty guitar solos.
Bad Cat 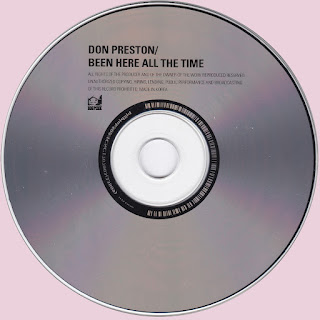 
universal finally succeeded to shut you out, too, eh