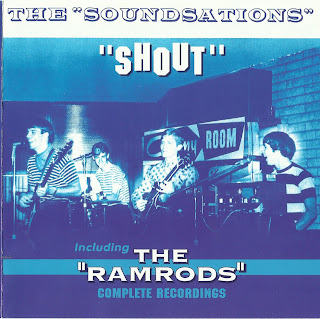 The Ramrods were formed in 1961 when 13 year old Tom Carter and a few other musicians perfected enough songs to perform at local dances. Tom's dad, Jack, was instrumental in helping the band book jobs and he also provided the transportation. Their first record, "Flyin1 Saucer Twist", was released in 1961 on the Northway Sound label. The next few years would see three more 45s on Jack Carter's Carram label (CAR for "Carter, RAM for "Ramrods") and quite a few personnel changes.

The band would continue to gain popularity both locally and regionally and by the spring of 1964, the band featured Tom Carter on guitar, Bob Hey on bass, Dave Clelland on drums, Patsy Stevens on vocals (replacing Cathy Kahler), and Johnny Boggs, the main songwriter, on keyboards. In 1965, the band graduated from high school and hit the road playing the then popular teen night club circuit and college bars throughout Michigan. That same year, the band released "I Remember", and "You Know I Love You", their first and only 45 on the local Fenton label.

While getting airplay for the record was difficult for a local band, everyone that heard the record, including radio people and other musicians, were quite impressed with "I Remember". The record was in ae time, unlike anything else on the radio. John and Patsy shared lead vocals and Tom added a simple but very melodic 12-string guitar solo. Behind Tom's solos were orchestra chimes suggested by engineer Dave Kalmbach.The other recordings featured here soon followed, but by early 1966 John, Dave, Patsy, and Bob had left The Ramrods to form a new band called The Soundsations. They added Tom Cordle on bass and Bob switched to guitar. Tom Carter continued on with The Ramrods, although no other recordings were ever produced.

The Soundsations had settled into what would become a 7- month gig at the Colony Room in Kalamazoo when Bob got his draft notice. He left the band and enlisted in the Marines. After auditioning a dozen people the band settled on Dexter Bell, an Alabama boy then living in Kalamazoo. It was this incarnation that recorded the "SHOUT" album. The Soundsations were above all, a party bandOa live band. They were approached by two guys from a local recording company about doing an album of cover tunes to sell off the bandstand. A case of beer and an assortment of wives, girlfriends, and bar patrons were brought into the studio to sing background and sing some of the tunes in a live party atmosphere. A thousand copies were pressed and sold from the bandstand.

The band did no more recording but continued making good money in the clubs until a knock down drag out between Johnny and Tom Cordle ended the band one cold night in Green Bay. Today, Johnny Boggs still plays full time and has recorded several country CDs. Patsy Stevens still performs part time with John. Bob Hey survived a tour of Vietnam, married his high school sweetheart, and now lives in Goshen, Indiana.

In a sad and ironic twist of fate, Bob's replacement, Dexter Bell, was also drafted but never made it back from Vietnam. Dave Clelland played drums for a living until the mid 90's. He still plays part time today. Tom Carter established several NHRA Drag Racing records and now owns a successful model car mail order business called "Hobby Heaven" in Grand Rapids. The whereabouts of Tom Cordle are not known.
by Dave Clelland and Tom Carter 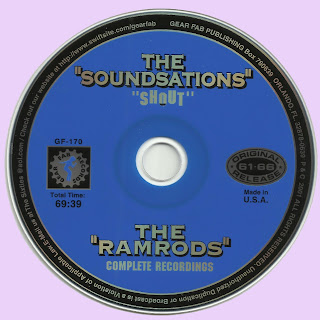 Free Text
Posted by Marios at 7:29 AM

Tom Cordle moved to Orlando, Florida, in 1975, where he became involved with the local folk music scene. For several years, he was in charge of the Songwriters Showcase held in conjunction with the Orlando Book Fair sponsored by the Orlando Sentinel newspaper.

Over the years, Tom became a prolific songwriter, and his songs won several awards, including winning first place for his song "Easy Riding" in a contest judged by the Nashville Songwriter's Association International.

In 1986, his song "Two of a Kind" was picked-up by Mel Tillis' publishing company. Marty Stuart put a hold on the song for Johnny Cash and Boxcar Willie to record as a duet, but that fell through when Cash lost his recording contract after nineteen years with Columbia Records.

These days, Tom lives in the tiny East Tennessee mountain town of Tellico Plains, where he continues to write songs and perform locally. He also performs in concert in Michigan every year, usually in August.