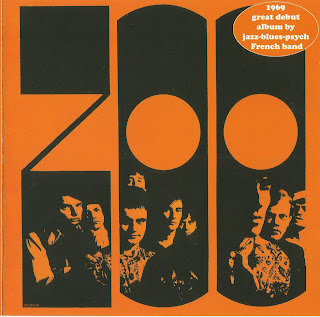 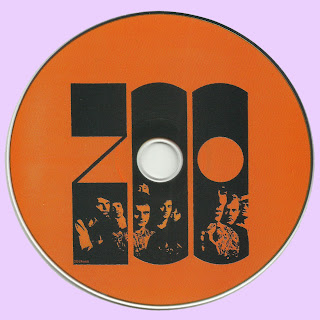 Free Text
Free Text II
Posted by Marios at 11:59 AM

Sounds great! Thanks a lot...

Echoes,
The one you mentioned is other Zoo,
they come from US.

Sound is close to young ELP !
Thanks.

Thx, didn't know.
Still didn't have time to listen to this one, but thx.

This is for music lovers ,who want's something moore.Many thanks...

The only thing I know about this group was that they were a Rock outfit from France. Some have said they were Psych, but really they had a mix of styles from Rock to Blues to even some jazzy material. The opening 'If You Lose Your Woman' is a perfect example of this eclectic mix with a little drum break intro, before going into an upbeat number with a lot of organ and even violins! remains my favorite track on this set, but many of the other tracks are mighty. There’s also the catchy instrumentals that follow such as 'Ramses' with plenty of horns, the Jazz influenced 'Rhythm and Boss', and the organ heavy 'Samedi Soir A Carnouet'. 'Memphis Train' features vocals and a funky Rock sound with some nice horn accents and a bit of a Hendrix influence to it.
The instrumental “Mammouth” is also pretty breaktastic at times, with some wicked and eerie organ sounds created by Andre Herve. “Endless Days,” which is actually sandwiched between those two tracks on the original record, starts off heavy then lightens the mood and gets extra breezy up til its abrupt end.
I did run into this instrumental track “Ramses” on Youtube and now I’m wondering if there are alternative versions of this record, if this comes from a 45 or if this song comes from a second LP…time will tell. This is by far one of the better albums that I’ve listened to recently confirmed that the record was definitely worth the wait.

oops, missed this one, I have the u.s mercury album, but this one sounds a lot better to my ears, many thanks.

Great to hear this! Most of these guys played on the very first Demis Roussos solo album ("Fire and Ice"....1971), where their jazzy influence gave way to a more Breton/Greek folk sound. Do you have any information as to how they ended up working with Demis after he split from Aphrodite's Child while making the legendary 666 album?
"ThanX"

Thanks Marios for all the great stuff....( I mean all of it)