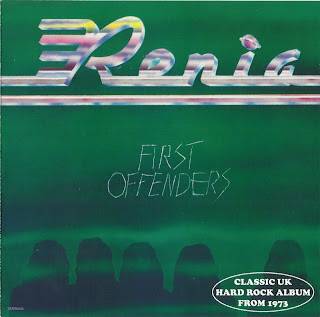 Four days after making the acquaintance of five rather withdrawn young men, I went to see them perform at the Greyhound, Fulham Palace Road. Gone were their shy, bashful, diffident exteriors, and in their place were five extrovert performers playing their music as though nothing else in the world mattered. But perhaps nothing else did. I don't believe Renia are just another band - they're something a little bit special. The reason for this?

They are one of the very few bands who play 1973 music which produces the kind of nostalgia and excitement we have come to associate with the mid-sixties R&B bands. For me the whole indispensable quality of Renia's album was summed up by a leading music journalist who turned to me, after hearing an advance copy and said: "this is one of the very few albums that I would actually go out and buy." I hope once you have heard it you will feel the same way.
by Laurence Marks May, 1973.

This quite rare and totally forgotten album was released in 1973 by Transatlantic Records - the label known mainly from Folk Progressive rock releases but it certainly wasn't a good place for the heavy music.

The sole Renia LP should be described as a solid, energetic and rather straightforward hard rock album with strong vocals, fine melodies and some progressive influences (almost omnipresent Hammond organ and the mighty mellotron on amazing & truly beautiful 'Shelter' track) similar to Stray, Strider and early Nutz. Unfortunately, this badly promoted tide went completely unnoticed and the band broke up. 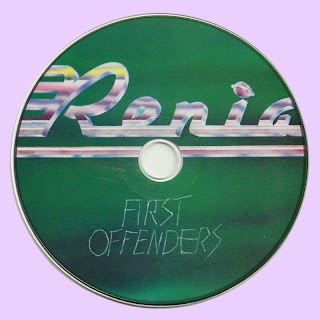 Free Text
Free Text II
Posted by Marios at 4:39 AM

"MARIOS"you really can pick a good album to post.Great from start to finish.Thank you...

After so much Pop finally some good old rock again. Thx, it sounds great!!!

could very well be my sort of thing! shall investigate! thanks yet again!!! :D :D

cheers marios and many thanks

thanks a lot! Cool band.

Would it be possible please to re-up this link? Thanks