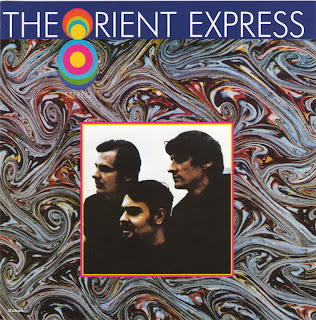 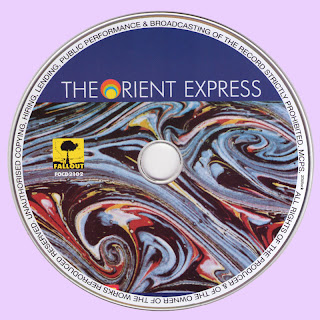 Free Text
Text Host
Posted by Marios at 2:11 AM

Nice. But they are from another part of world....

Hi Guinea Pig,
there's a point in your words,
let's say they're on the verge between East and West, there are some tracks that clearly refers to more traditional Eastern forms, but there are also some others with psychedelic western elements (Layla, Cobra Fever) or some blues shuffle (For a moment).

The Orient Express' sole LP from 1969 stands today as an early experiment in world fusion — and a pretty successful one at that, at least artistically. Originally released on Mainstream in 1969, they only 35 minutes for posterity, but these minutes are filled with interesting ideas, the frantic strumming of opener, “Fruit of The Desert” establishes a driving rhythm that effectively captures the feeling traveling on the titular train that provided the band’s moniker.

Listening to Guy Duris sing his French lyrics to “Dance for Me” over an Eastern backing is just one of the many disorienting album and, like a journey on the fabled train, there are twists and turns and unexpected surprises around every corner.

The mystical aura of “Birds of India” and “Caravan of Silk” will leave more than visions of hookah-smoking caterpillas dancing in your head, while “Train to Bombay” and “For A Moment” deliver some of their most westernized arrangements they’re giddy little pop numbers that might actually have made some noise on the singles charts to help introduce the band to a wider audience. (Unfortunately, the marketing geniuses at Mainstream failed to recognize the importance of using singles to sell albums and they declined to release any from the album.) The other tracks are instrumentals ranging from Indian-tinged psychedelic tunes to crosses between French pop and Middle-Eastern classical music.

Based on the sample track, this album sounds brilliant. I've always loved "world music" and "fusion" experiments, and Orient Express seems to fit the bill nicely. Many thanks, Marios, for furthering my education yet again.

Brilliant stuff ! Thanks very much...

Many thankx for this.

The link is dead.Could you mind to fix it?Thanks a lot!

Hi Marios, can you update this link?