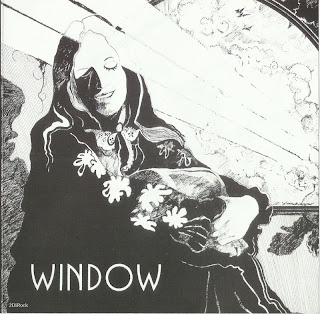 Judy Kelly grew up in Dallas, Texas. She started singing at age 2 and always dreamed of singing professionally. Judy’s parents purchased her first guitar when she was 11. Her first songs were about school and the Beatles but as her lyrics and music matured, folk and folk rock became her main musical influences.

In the late 1960s, Judy began playing at folk clubs and on the college coffee house circuit. She also started singing with a garage band adding vocals to lyrics written by other band members.

In the summer of 1974, Judy asked several of her musician friends to work on a project which became the album Window. Window was released locally and the title song was picked up by Word records and included in a collection album.

This fabulous folky/psych album from the ‘70s is yet another example of another great album that fell through the cracks in the musical pavement. When references to Wi n d o w ’s self-titled album do pop up on the internet, it is usually in a Christian folk context, although there is precious little of this genre present on this lovely, wistful acoustic album. The star of the show is undoubtedly the (un-named) singer, whose range, poise and delivery are reminiscent of the vocal talents Linda Perhacs, Vashty Bunyan, and even Joni Mitchell in her Court And Spark/Hissing Of Summer Lawns heyday.

Theres lots of trippy psych, particularly on the outstanding The Magician and Noah, and the strong, acoustic guitar-based accompaniment is tight but understated throughout. This, then, is an album that will appeal to lovers of folk-based female vocalist in particular, as well as appealing to those that just simply like good music. 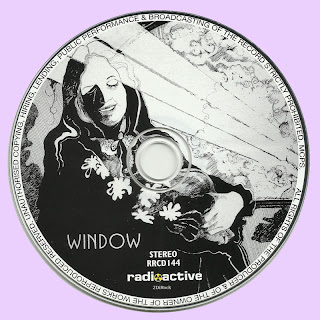 I know nothing about this album and what greater an opportunity to have this in flac. Many thanks, Marios.

I don't know this band, but of course it will be good. Thanks a lot!

Heard the track 'Silver' on Pandora, and had to stop everything just to listen to those gorgeous vocals.

Music that takes us all back to a simpler time. Aah, innocence and lost youth...

Account suspended and the link cannot be reached. Can you fix it, please?

Thank you in advance
Sławek