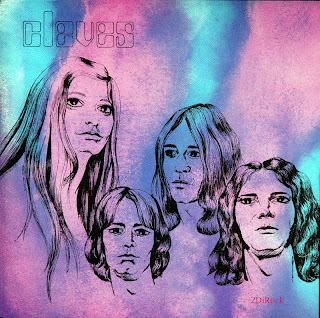 The core members of The Cleves were New Zealand born Gaye Brown and her brothers Ron and Graham. All three studied music and formed their own group while in their teens. After adding local lad Milton Lane (rhythm guitar) they became The Clevedonaires ca. 1964. The band's name was taken from their home town of Clevedon, just south of Auckland. According to Bruce Sergent, Lane was replaced by Rob Aicken a few months later, although Vernon Joyson's listing for the group suggests that he came in later.

The Clevedonaires originally played "lightweight folksy music", covering acts like The Seekers, Donovan and the Byrds, and playing church halls and school dances around the South Auckland area. By 1965 they had toughened up their style and were covering tracks by The Who, The Small Faces and The Beatles. Gaye had now started playing organ, allowing Rob Aicken to switch to bass, and they started working the Auckland club circuit.

In 1966 Auckland promoter Benny Levin signed them to his Impact label. "How You Lied" / "Rooftops And Chimneys" came out in 1966, and "He's Ready" / "Lost Women" and "Funny How Love Can Be" / "Don't Ask Me What To Say" in 1967. To promote the singles, the band appeared on local TV shows The We Three Show and C'Mon. Their final Impact single, a cover of Donovan's "Sunny Goodge Street", backed by the Small Faces' "Up The Wooden Hills To Bedfordshire" was released in 1968, just before they relocated to Australia.

Now renamed The Cleves, they were one of several polished Sydney pop bands of the period (e.g. The Executives, The Affair, Aesop's Fables, The Clik) who featured tight harmonies, sophisticated arrangements and relatively light, pop-oriented repertoire. The Cleves' first Australian single appears to have been a promotional recording made for the Marionette Theatre of Australia's long-running children's production of The Tintookies. This enduringly popular children's show was based on Peter Scriven's 1946 book Little Fella Bindi and The Tintookies. (Scriven also created and performed the puppets for the Sixties TV series Sebastian The Fox and the 1968 short film The Painter). The single was issued on the Marionette label in 1968.

In 1969 the group signed with Festival and issued two singles, "Sticks and Stones" / "Don't Turn Your Back" (September 1969) and "You and Me" / "Cassie" (May 1970), plus two EPs, A Taste of Energy and Music from Michael on Festival's newly formed 'prog' subsidiary Infinity in 1970. Music From Michael  was a sixteen-minute, ten-part suite recorded for the soundtrack of the "Michael" episode of the three-part Australian film Three to Go. "Michael", directed by Peter Weir, won the Grand Prix at the 1970 AFI Awards and it has recently been included on the DVD release of four short films by Peter Weir. (Another segment, "Toula" featured music by Graheme Bond and Rory O'Donohue). Along with the Bee Gees-like track "Don't Turn Your Back", the EP featured songs recorded for the soundtrack, segued together to form a thematic whole, which "combined certain elements of the British music hall tradition (as espoused by The Beatles) with a more esoteric pop flavour a la The Move".

By this time the band was heading in a more progressive musical direction, and they recorded their highly regarded LP, produced by Richard Batchens, in late 1970. Just before it was released (as part of Infinity's first batch of releases in January 1971) The Cleves backed Sydney DJ Donnie Sutherland on a bubblegum pop single with the outlandish title "Bonnie Bonnie Bonnie Na Na Kiss Him Goodbye" (b/w "I Don't Mind") which came out on Martin Erdman's Violet's Holiday label.

The LP, the highly collectable Cleves has been described by Ian McFarlane as "a prime example of where psychedelic pop gave way to a more progressive aesthetic". The album is dominated by "longer tracks, atmospheric organ/fuzzed guitar interplay and tight vocal harmonies (similar to UK bands on the Vertigo label like Cressida and Affinity)". The highlight was their impressive reading of the George Gershwin classic "Summertime". The album has since become one of the most collectible artefacts of Australia's progressive rock era.

"Gaye Brown's spirited vocals are in the manner of Dutch band Earth & Fire, highly regarded songstress Julie Driscoll and Affinity's Linda Hoyle. Tracks like 'Work Out' and 'Time Has Come' are based on a pop framework but are swelled by soaring fuzzed out leads, and Cressida-like keyboard passages. The highlights include an impressive rendering of the George Gershwin chestnut 'Summertime' (shades of Janis Joplin), then the dynamic 'There is a Place' and the more reflective 'For A Time'." -- Ian McFarlane

After the album came out The Cleves were joined for a short time by guitarist Vince Meloney (guitar; ex-Billy Thorpe and the Aztecs, Bee Gees, Fanny Adams). Not long after, Ace Follington (ex-Chain, Country Radio) subsequently replaced Graham Brown on drums. In October 1971, The Cleves moved to the UK (minus Meloney who had by then formed Flite with Leo De Castro) where they became known as Bitch. Before breaking up the band issued three singles, "Laughing", "Good Time Coming" and "Wildcat". These were apparently released  on the Anchor label, distributed by Warner Brothers in the USA. What became of the group members after this time is not known.

Vicious Sloth Collectibles has re-released the Cleves album on CD. Re-mastered from the original tapes, it also includes the songs from the Music From Michael EP as bonus tracks, plus original artwork and liner notes.
Miles-ago 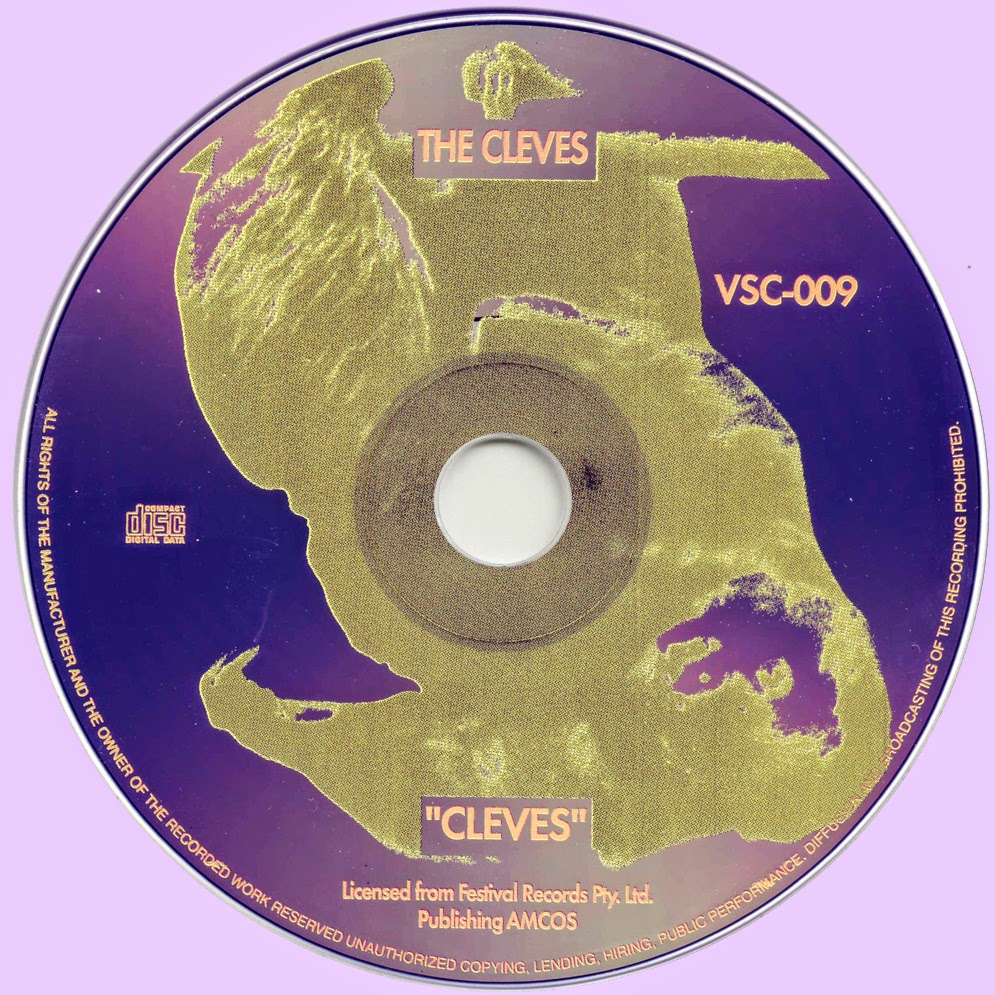 Free Text
Free Text II
Posted by Marios at 6:10 AM

Unknown for me, Cleves is a nice album, even if it lack something (i don't really know what) for really take off. Thanks a lot Hotroder & Marios for make me discover this now hard to find CD reissue.
PS: I don't know who is 2DiRock, but i hope he's not responsable of the awfull scans.

Hi, password "xara" doesn't seem to be working ! Is there a different one or is the link invalid ? Thx !

Hi Anonymous,
just checked, pass iw working, maybe you forgot your caps lock on, or your language was not English (if you have more than one).
Thank you.

Thanks for your quick answer. I tried and tried, but no way : it doesn't seem to be willing to work !
Too bad ... I'll go through the whole process again, but something here seems quite odd. Thnx anyway.

Hi.. Could you re-upload this files? The links are broken. It is amazing band. Thanks

Thank you very much!!

I can't make "xara" work for the part 2 file! Can only get the first half of this amazing album! PLEASE HELP!! Thanks!
Can somebody dropbox me these flacs? Please?

Hi Rob McLaren,
I have just d/loaded and checked the files,
i haven't found any problems,
just note that password needed once for both files,
there's no reason to ask password for the second part,
because the parts are connected between them.
Thank you.

Hmm, I am doing it wrong somehow then! When opening the second rar it asks for a password again...and won't accept xara. How are they connected? What are proper steps? Really appreciate your assistance.

Τhe file was split during the compression (by my choice),
I suppose that your d/load was not completed correctly.
The file size is 409.46mb.
If you still have problems go to my chat box (right top page), I'll try to fix it.

I got it to work!! Thanks.
Both files must be unpacked at same time.

Thanks for the great tunes! Super to have these in lossless. Really appreciate the share.