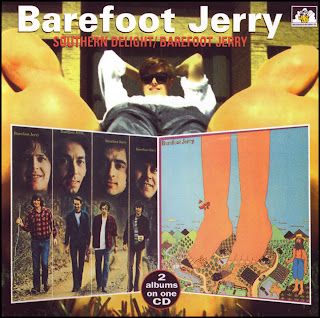 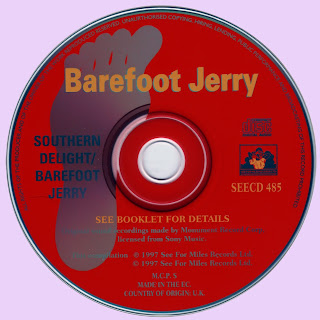 Thank you sir, you are a true gentleman and scholar.
I remember the name "Barefoot Jerry", but not much else from those days. Alas all too common as time marches on.
I don't have any music from this guy, so a big thanks for turning me on to this.

Thanks a lot Marios, I was looking for this long time.

This is a name from the past, I remember they were good. Thanks Marios for the great share.

Totally unknown for me(except the name of the band).Some great tracks.Thanks marios for sharing this rare gem.

Never heard of these guys before.
Will check them out.
Thanks Marios

Superb albums!!!I wish to see AREA CODE 615 albums,or more BAREFOOT JERRY because they are almoust inpossible to find in flac.Have a nice day...

These 2 albums are wonderful.

What strikes me immediately is the outstanding piano playing on Come To Me Tonight and Finishing Touches.

The acoustic guitar playing and slide guitar are also fabulous.

Thank you for sharing these records Marios.

I'm happy to own these two records on the mid-'70s double vinyl release on Monument, "Barefoot Jerry's Grocery," but it's nice to have them on FLAC too so I can play them on my phone whenever I want. Thanks, Marios! "Southern Delight" I think is one of the best albums of all time...which makes me REALLY want to hear Mac Gayden's album "McGavock Hayden," since he's the guy who wrote the majority of the stuff on "Southern Delight" before leaving the group. Marios, do you by chance have "McGavock Hayden?" I know it's super rare, but if you even have a poor-quality rip of the vinyl I'd love to hear it. Thanks!

Looking for Barefoot Jerry ‎– Southern Delight and this link doesn't work anymore. Someone help me out. Thanks!