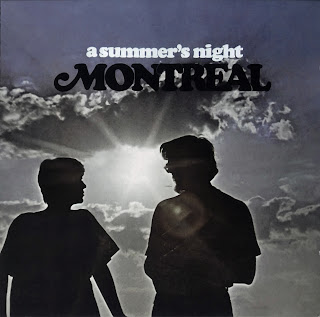 “Indicative of the fine working ability of Canada’s enthusiastic musicians is MONTREAL – the makers of the music you are about to hear.

Canadian musicians and performers have always been true to the gaiety of a Canadian summer and have the ability to use the long winter as a working tool. In our efforts to know a new kind of music and determine its influence upon the times and ourselves, we have yet to spend time really listening. This is listening music. Since man first began making sounds, there has been music to move the feet and music to move the mind. The music produced by these fine artists of today merge free-feeling music with words of importance. Although the nature of our situation will allow us to dance, these are still words to be heard.

Jean Cousineau’s guitar will never cease to intrigue your imagination. Gilles Losier’s piano and bass act as an organic rubber band, while his knowledge of sound will create other instruments from the one he is playing. Fran’s voice will bring the sun in the mornings and set it many an evening in your home or pad or camp-out. Montreal is a place for all ages, and so is MONTREAL’s music. A necessary experience”
by Richie Havens 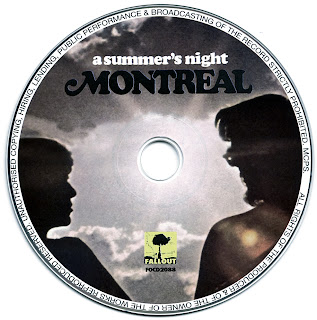 Finally something for us who prefer a softer sound.
What an album! I have never heard of these guys, but enjoyed the album enormously. There is no bad track on the album. All killer no filler! This will have a very heavy rotation in my place in days to come, especially because my wife is crazy about stuff like this as well.
If only there were more albums like this one...
Thank you so much Marios for this and for everything.

Anonym,
The problem is with Hotfile and I'l lreplace the link soon, Deposit is working fine.

Jean Cousineau’s guitar is something else. Sublime

Marios, thanks for the tip.
I've been in a mess in last couple of months and couldn't check the blog regularly. That's why I missed those posts.
Will check these albums out later this evening, after tonight's football matches Greece v. Croatia and Serbia v. Italy are finished.
Will support Greece & Serbia of course:)

A little gem. Thank you very much.

Thank you so much Marios.
Fine music.

Thanks for re-up this beauty,the links are dead.