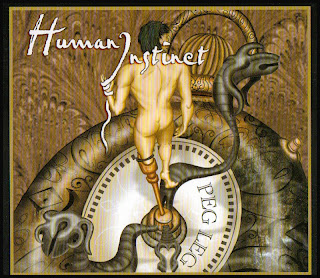 In 1972 the Human Instinct saw a single on the Zodiac label called 'Down The Hall On Saturday Night'/'Simple Man' and then in 1975 the final single on Family 'Tropical Paradise'/'Dixie Holiday'.

Between 1972 and 1982 there were many combinations of the group. Others to have had a stint with the band were Paul Whitehead, Steve McDonald, Peter Cuddihy, Andrew Kaye, Chris Gunn, John Parker, Malcolm Weatherall, Len Whittle, Kevin Fury, Steve Hubbard, Murray Hancox, Stuart Pearce and Peter Woods. Around 1982, the Human Instinct was formally disbanded by Maurice Greer. After his time with the band, Billy TK went on to form Powerhouse.

In late 1975, when the line-up consisted of Greer on drums, Whitehead on guitar, Mikkelson on bass, and McDonald on keyboards, a recording session for an impending album was done. The group at that time had been playing together for around 18 months at the Shantytown nightclub under Auckland's Civic Theatre. Several months passed before a rough mix-down of the tapes were performed. By the time the sessions were finished, the Human Instinct had moved on to a new residency at Crofts and there style of music had changed, along with new members in the band. The project was subsequently shelved.

This completely restored and re-mastered recording was thought to have been lost forever until it was discovered in mid-2001 hidden away in the dusty shelves of the Stebbing Recording Studios Ponsonby warehouse. The search to resurrect the album began after band founder Maurice Greer, armed with a rough cassette copy of the 1975 sessions, began making inquiries about what happened to the master. Studios boss Eldred Stebbing, who was present at the sessions 27-years ago was surprised to hear how well the sound had stood the test of time and began the search for the 16-track master.

In 1974-75 the sessions featured a tight unit that had worked solidly together during an 18 month residency at the Shantytown nightclub under Auckland's Civic Theatre. Maurice Greer was still playing his modified stand-up drum kit and singing, Phil Whitehead was on guitars, Steve McDonald on keyboards and vocals and Glenn Mikkelson on bass and vocals. According to Greer, by the time the sessions were completed the band and the style of music had completely changed.

He didn't feel that releasing the album would be fair on new members or the expectations of club-goers. It was several months after the old line up went its way that Peg Leg was mixed. There was a fall out with the original engineer and a young Phil Yule, later to record such greats as Herbs, took over the desk. His rough mix, which was misplaced shortly after is what impressed Eldred Stebbing to pick up the project again.
Sergent-com 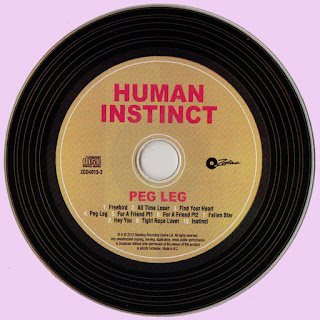 Free Text
Text Host
Posted by Marios at 4:42 AM

Thanks very much Marios! Great stuff.

Somehow, I don't have this Human Instinct piece! Many thanks Marios!! <3