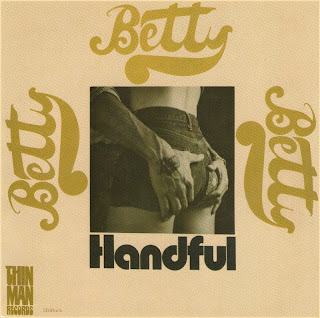 Originally recorded in 1971 by California's long-forgotten Betty, Handful is an interesting and frustrating album, but not because of any of the songs on it. The ten tracks are standard for the time period and show that the musicians were competent if not particularly imaginative songwriters. Opener "Boogie with You" has a distinct roadhouse feel reminiscent of the Doors or Canned Heat. Guitarists Mike McMahon and Anthon Davis lay down some funky guitar licks accented by Tom Jordan's piano and an able rhythm section comprising Al Rodriguez on drums and Kerry Kanbara on bass. And the other nine songs on the album are variations on this theme.

"Blind with Shame" contains some poppy guitar hooks and a catchy chorus, and "Thank You" replaces the piano with an organ and blues riffs with Moby Grape-inspired metal chords. On "Lights Gonna Shine," the band travels the farthest afield by trading out the shouted lyrics and boogie sensibility of the other tracks for a more folk-oriented point of view.

Listening to the album does pique an interest in the band that put them together, and in that regard Shadoks Music misses out. There was a huge opportunity here to track down the members of the band for interviews and have them put Handful into both an artistic and a historic context. It's nearly impossible not to wonder what became of Betty.
by Mike Burr 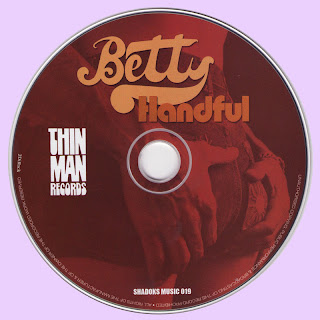 Free Text
Text Host
Posted by Marios at 12:01 AM

All of us band members are doing well. All have business and great families.

thanks for this masterpiece!!

Hi Kerry, I'm Lee Marks' son (Chris). My band is doing an album at Sound City, he mentioned this album was recorded there. Any chance you have pictures of the sessions? I'd love to post them on our band page, I think fans of the band would get a kick out of it :)

I can be reached at chrishessemusic@gmail.com

Thanks! Hope you are well