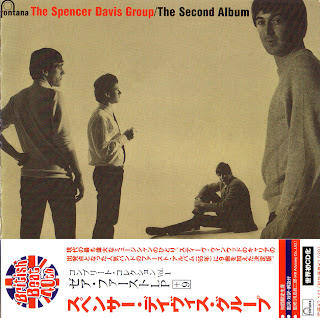 "Get a bigger amplifier, you're not loud enough!" a famous pop star once told the Spencer Davis Group. It was a remark meant as a friendly tip on how best to combat the acoustics of a northern cinema. But it also reflects the pop situation where sheer noise is often regarded as the most important consideration, over and above the quality of the music.

For  years this has been true of beat groups who, apart from creating a sort of token barrage of noise, seeking to amplify as loudly as possible their lack of talent, have placed most faith in the tightness of their trousers ensuring lasting popular success. it would be an insult to call the Spencer Davis Group a "beat group," unless one qualified it by calling them the "thinking man's beat group." But musicians hate to be categorised anyway.

And if you accuse the Spencer boys of playing R ‘n’ B they will shift uncomfortably while Spencer quietly explains they prefer the term "coloured pop music". Steve Winwood is likely to grin and groan: "We: hate the word R ‘n’ B ". So what do the Spencer Davis Group play? Their music is an adult, sophisticated culmination of the mindless beatery of yesteryear and the raw emotionalism of early British R ‘n’ B. It's got jazz, it's got beat and it's got blues.

It swings and shouts and most of all, and more than most, it's got heart. A lot of soulless people talk about soul playing, but the Spencer Davis Group don't have to talk. When they are playing on a stage or in a club, they are not thinking how easy it is to con money from the screamers. They are worrying if people are enjoying what they arc enjoying. It means much to them that an audience reacts to a slow ballad like "Georgia On My Mind," as much as a hit record like "Strong Love". But they don't need to worry, as in the few short months of forming, they have become one of the most highly regarded and respected organisations playing today.

On this album you can hear all facets of Spencer music from country blues and folk to hard punching R ‘n’ B. Their swing is a quality stemming from their strong feeling for jazz. Drummer Peter York's favourite musician is Buddy Rich, bassist Muff Winwood digs Ray Charles, while brother Steve and Spencer love Duke Ellington's compositions. Spencer in fact veers nearer to the country blues of singers like Lead Belly and began his musical career singing folk.

Stave Winwood has quite the most extraordinary talent on the scene. Aged 17 he has probably the most natural and convincing blues voice of all soul singers this side of the Atlantic and quite a few on the other side. Steve's Ray Charles/Horace Silver piano, gutty guitar and humming harmonica arc all featured here, with Spencer's warm vocals and tolling 12-string guitar. Driving Spencer arid Stevie along are Muff's grooving bass lines, and Pete's crisp, facile drumming.

You will be completely satisfied with this package. New listeners will be surprised and rewarded. It's strong, loving music. Don't scream. Iisten.
by Chris Welch 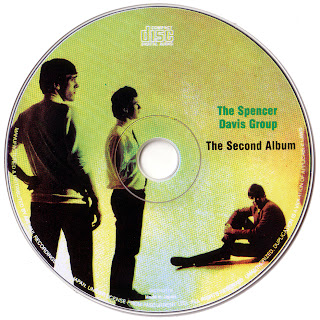 Hi there Brother/Sister Anonymous,
anyway I could help?

Thanks for this fine beat album, Marios! Nice edition, too )
TurboBit is working Okay, BTW.

Many thanks Marios for these two japan jewels of SDG

Links are working just fine for me, and in Firefox. Cheers!

Many thanks for this great album. Long may your blog flourish. Cheers.

Thanks a lot for the Spencer Davis albums Marios.