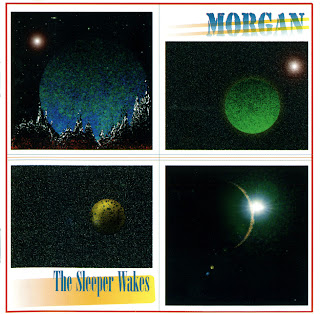 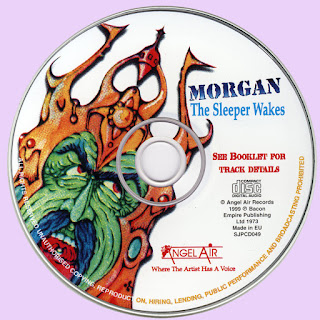 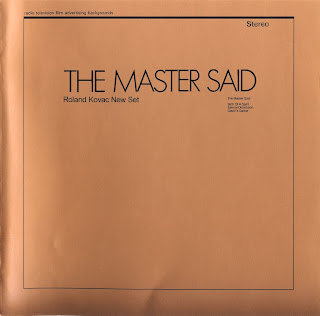 Roland Kovac New Set was the name of a Munich group of studio musicians who recorded several LPs of instrumental music on the Selected Sound label from Hamburg. The second and third of these LPs, "The master said" (Selected Sound 9028) of 1971 and "Love that" (Selected Sound 9030) of 1972, full of playful guitar riffs and complex in structure, are representative of good progressive rock of the early seventies.

The name Roland Kovac New Set might suggest the previous existence of a Roland Kovac Set, but this is not the case as the band, for unknown reasons, started right away as New Set. The line-up on "The master said" features top musicians: Roland Kovac himself (born in Vienna on November 7th, 1927), whose mother was a concert pianist in a family of well-known musicians, joined The Vienna Choir Boys in the 1930s, a sign of musical excellence considering the fact that at the time only one applicant of up to twenty highly gifted talents was selected.

In the course of time he worked with Wilhelm Furtwangler and Otto Klemperer and received a doctorate in music in 1952 with a paper on "Harmonik in der Musik des Spatbarock" (Harmonies in the music of the late barock). He was a renowned composer of numerous classical works and soundtracks for films. In the early 1970s he lived in Munich where he recorded the present LP playing keyboards. He also contributed to countless other LPs on the same label, mostly under another name.

As a good friend of owner Peter Majewski, he played an important role in establishing the Selected Sound label. By the way, his name Kovac (blacksmith) is of Slovenian origin, which means that the final "c" is pronounced as in "chatter". His very melodic speech gives evidence of how much he is rooted and living in music. Guitarist Siegfried "Sigi" Schwab, of course, is a world-famous musician, especially in the fields of jazz and new-age. As a member of The Vampires' Sound Incorporation ("Psychedelic dance party"), of Wolfgang Dauners Et Cetera and of Embryo, he was at the beginning of his career. Swiss jazz drummer Charly Antolini, on the other hand, had already released his first records in the mid-1960s.

His probably most famous work is the LP "Knock out" (D 1980: Jeton 100.3304 - as CD: D 1988: Jeton 112), the final blow to many loudspeakers. He is still a top musician today and, together with Sigi Schwab, responsible for the jazzy touch on the LP. Bass player Franz Loffler, who died in the 1970s, is probably the least known of these musicians, but he had already recorded several LPs featuring guitar music in the 1960s and was a master of his craft. It would be impossible to list all the releases of these musicians in this booklet. In 1971, these four masters recorded "The master said" in the Munich Trixi Studios, produced by Willy Schmidt.

All titles are written by master Kovac himself except for "David's dance", composed by Pietro Leguani. Although no detailed information is available today, the LP must have had a circulation of 1000 to 2000 copies, a large number of which was sent to radio stations all over the world, where the record was played frequently, mostly as background music. This was its original purpose, which is why the cover is characterised by uniform simplicity, with black writing against a copper-metallic glossy background.

The music of this LP was used in many films and also sold in the retail trade, but that was secondary. The record was pressed by RPM in Hamburg. ALCO Records, also from Hamburg, were responsible for distribution in Germany, with Brull Records, whose stickers were fixed to the label and the back cover, handling Great Britain. Publishing rights have always been with Maya Music, owned by Roland Kovac himself. Some tracks of "The master said" and "Love that" have subsequently been included in LP and CD compilations but the albums have never been released again as a unit.
M. Thurn 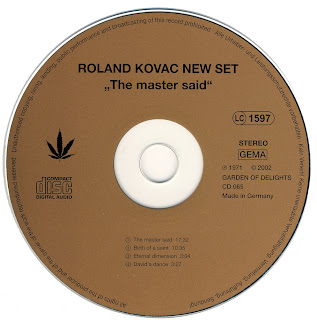