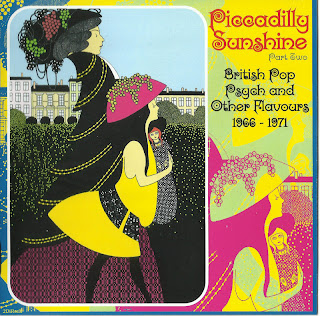 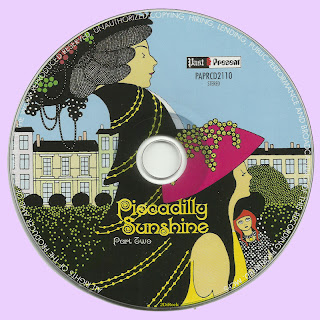 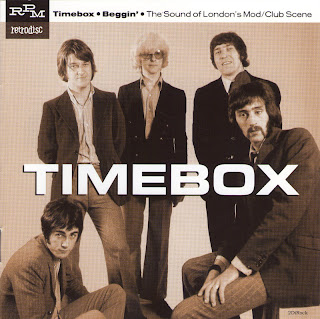 Timebox Beggin' album comprising essentially intelligent, genre-bending late '60s British Pop laced with a surreal sense of humor and regular flashes of maverick unpredictability. Mod Jazz/Pop outings and Blue Eyed Soul populate the first half of our complete overview, with Psychedelic nuggets and blasts of proto-Hard Rock (plus a few that defy categorization) inflecting the second - and all recorded within a two year span, with much of it unreleased at the time.

Timebox originally started at an art college in Southport when Peter Halsall, Clive Griffiths and Chris Holmes decided to swap their art for music. After trying out several vocalists, all of whom proved unsuitable, John Gee, manager of London’s famous Marquee Club, recommended, Mike Patto who was singing with the London Youth Jam Orchestra, a 24-piece big band at the club. Supposedly, Mike was asked to join the group after a jam session at the Playboy Club. Mike accepted the offer and started working with the band in mid 1967. They quickly became know as a "groups group", and their stage act garnered admiration from many of their contemporary musicians, who for obvious reasons are always the hardest to impress. This alone should attest to the musical skill and unique sound of the band's live performances.

In 1970 Patto was formed consisting of the remaining members of TimeBox, Mike Patto (vocals), John Halsey (drums), Ollie Halsall (guitars and vibes), and Clive Griffiths (bass), and was signed to the newly formed Vertigo label, they recorded their first album live in studio with producer Muff Winwood.

The four Piccadilly cuts, unsurprisingly, are more oriented toward straight R&B-soul than their later work on Deram, including a blue-eyed soul number ("I'll Always Love You") and three instrumentals (among them a cover of Dizzy Gillespie's "Soul Sauce") with elements of soul, blues, Latin, and ska.

The other recordings show them, like many late-'60s British bands with similar roots evolving from soul-R&B roots to more progressive sounds that, if not quite all-out psychedelic, certainly showed the influence of the psychedelic era.

For all their reputation among audiences of the time and some collectors, none of this showed them making a leap to the fore as innovators in the way bands like, say, Procol Harum and Traffic with somewhat similar roots did. Their forte was heartfelt, wistful, blue-eyed soul-pop ballads; an attempt at Kinks-like whimsy ("Eddie McHenry") didn't work well, and their moves into harder rock-influenced directions weren't married to very memorable material.

That makes Timebox a talented but marginal part of the late-'60s British rock scene, but certainly there's never going to be more thorough documentation of their recordings than this anthology.
by Richie Unterberger 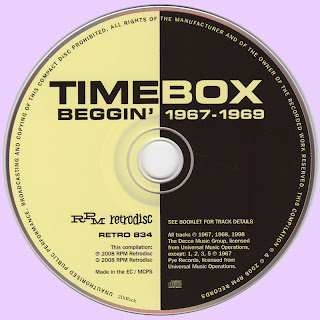