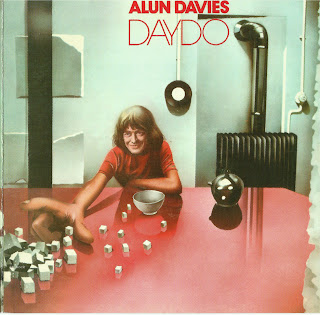 Alun Davies is one of the most highly respected session guitarists in the United Kingdom. A founding member, along with childhood friend Jon Marks and Nicky Hopkins, of pop-jazz group Sweet Tuesday, Davies made his greatest mark as accompanist for British singer/songwriter Cat Stevens from 1970 until Stevens' conversion to Islam and retirement from music in 1977. Davies subsequently collaborated with ex-Small Faces vocalist Ronnie Lane, co-writing the opening track "One Step" and a second tune, "She's Leaving," on Lane's 1979 album See Me.

Davies launched his musical career in a duo that he shared with Marks (then known as Michael Burchell) in 1963. The duo's sole album, Relax Your Mind, was produced by American producer Shel Talmy, best known for his work with the Who, the Kinks, Manfred Mann, Chad & Jeremy, and Ralph McTell. After busking in Paris and the south of France, in 1964, the two musicians returned to England and signed with an agent, who secured them a gig on a Cunard Line ship.

After 16 voyages across the Atlantic ocean, Davies and Mark went their separate ways. Davies, who had gone on to work as a session musician for Fontana Records and tour with Marianne Faithful, Spencer Davis, and Jeremy Taylor, reunited with Mark to form Sweet Tuesday in 1968. Although they recorded one memorable album, the group disbanded after Fontana declared bankruptcy and went out of business.

Returning to session work, Davies was recruited to perform on Cat Stevens' album, Mona Bone Jakon, in 1970. The session proved so successful that Stevens invited Davies to join him on tour following therecording of his groundbreaking album, Tea for the Tillerman. Davies' involvement with Stevens was reciprocated when he recorded his debut solo album, Waste of Time in 1972. The album, which showcased seven tunes written or co-written by Davies, featured Stevens on piano and was co-produced by Stevens and Paul Samwell Smith. Davies' second solo effort, Daydo followed two years later.
by Craig Harris

Daydo is a poem: A Sweet Thursday album: is telling me to play louder when the heavy trucks rolled by: is a friend of Cat Stevens songs: V song ts living for today, laughing at yesterday, and writing for tomorrow. in this album, long awaited by friends and the first of many, are reflected the feelings and experiences, the joys and sorrows of time spent in the market place with Alex Campbell, Spencer Davis, Gerry Lockran, a host of others including myself, and, more recently, Cat Stevens, who perhaps more than anyone is responsible for introducing Alun as a major artist who stands alone and steps to his own tune.

It's rare these days that my path crosses Alun's, for different groups travel different routes, but when we do meet again I have a feeling it wi!l be in a concert hall on his own tour, sitting in the front row alongside all the other friends he's worked with. It is impossible for words to describe the music as they would serve only to confuse and you who listen will find your own words, no doubt better than mine as the only things you need for this album, are ears and plenty of them!
by Mark Almond, Summer 1972 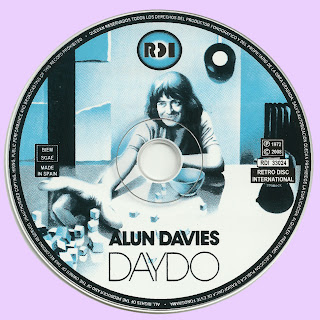