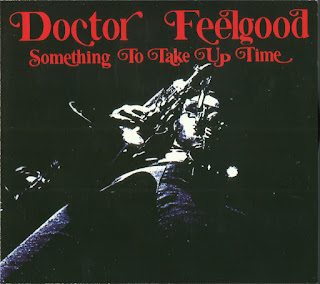 Doctor Feelgood evolved out of Boston’s North Shore music scene of the early 60s with Cooper, Corelle, and Winters having played in the rock band The Sensations.

Later that band evolved into Teddy And The Pandas issuing a few singles on Musicor and eventually signing to Capitol’s Tower label for one album. Playing mostly covers, along with a few originals, they got plenty of gigs at local school dances. But finding out that there was another band called the Sensations, a name change was in order. Looking through a dictionary, it was Cooper who came up with the Pandas, and it was a group decision to put Teddy Dewart’s name in front of it. Cooper soon left, replaced by drummer Jerry Labrecque.

High school gigs turned into college gigs and club dates (the first was the Intermission Lounge in the Combat Zone), and the band traveled throughout New England, improving their stage act by, for instance, hiring a choreographer to teach them some good stage moves. Then they met promotion man Bruce Patch, who would end up being their producer after insisting that they trim down to a quintet by getting rid of Paul Daly. A 1965 visit to Ace Recording Studio in Boston resulted in two original songs: “Once Upon a Time” backed with “Bye Bye (Out the Window).” The record — first on the Coristine label, then rereleased on Musicor — was a local hit on WBZ and WMEX, and the band started getting some dates outside of New England, but it failed to chart nationally. When a couple of follow-up singles didn’t take off, they parted ways with Musicor, eventually recording the 10-song 1968 album Basic Magnetism on Capitol’s subsidiary, Tower Records.

Dewart had left the band to go to college, and was replaced by guitarist Paul Rivers, but Dewart contributed to the album and got a “guest artist” credit. The album went nowhere, and in 1969, Corelle and Rivers left to form the band Doctor Feelgood (not to be confused with the British pub rockers), reuniting with Sensations members Winters and Cooper, releasing one album, 1971’sSomething To Take Up Time. That was the end of the Pandas. But in 2002 a collection of alternate takes and demos, titled Rarities and Forgotten Gems, was released and the band has reunited for the occasional concert in Beverly, with Dewart on guitar.
by Ed Symkus

Dr. Feelgood rounded it out with two of the original Sensations, saxophonist Dick Winters and drummer Ralph Cooper. At the time both were members of another North Shore group, the Warlocks. “They left the Warlocks, and we left the Pandas to start our own band,” Corelle says. “When Paul and I left, the Pandas didn’t replace us. They just stopped playing.”

Dr. Feelgood played gigs around New England for about three years, then disbanded when a deal with Epic Records fell through. They did record one jazz-rock album, “Something to Take Up Time,” with producer Larry Patch on an independent label. Corelle speaks highly of Winter’s contributions to that album.

“Dickie picked up the flute in addition to both tenor and soprano sax,” he says. “He played two saxes at the same time. There weren’t too many (musicians) who could play double horn. He did a lot of solos and double horn work on the album. It was incredible.”
by Joseph Tortelli 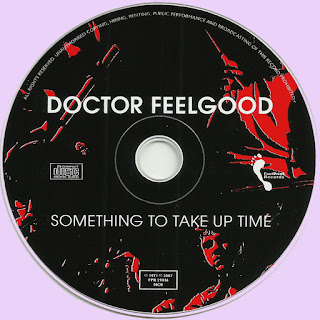