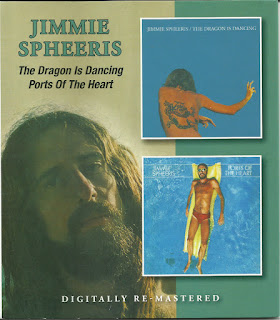 One of Jimmie Spheeris' Epic titles of the 1970s was his third album, a classic titled The Dragon Is Dancing. The album was produced by Henry Lewy, a well-respected producer/engineer who had an impressive track record when he entered the studio with Spheeris in 1975.

In addition to working with Joan Baez, Neil Young, and Procol Harum, Lewy was the engineer on many of Joni Mitchell's best albums. Lewy always had an ear for singer/songwriters, and he proves to be quite an asset to Spheeris on reflective, contemplative gems like "In the Misty Woods" and "Blue Streets." Between Spheeris' heartfelt singing and writing and Lewy's imaginative production, The Dragon Is Dancing never fails to hold the listener's attention.
by Alex Henderson

"Tonight we're going to take your mind on a ride outside this universe," Jimmie Spheeris' trademark half whisper taunted the throng of 10,000 rowdy Cheech and Chong fans. In the ensuing 10 seconds, he had their attention riveted to his haunting piano intro for "The Nest".

It was my great fortune to be sometimes part of his troupe of time-travelling gypsies; a band consisting of piano, guitar, bass, flute and myself on viola, endeavoring to conjure up a whole orchestra to carpet Jimmie's musical visions. Wherever Jimmie performed, his listeners were drawn into his unusual world.

He invoked a similar spell in the studio, always singing his own songs: artfully fashioned gems that could only originate from Jimmie Spheeris. On his fourth album, Ports of the Heart, he added to this delicious mix some classic songs by other writers. The vocal magic continued as if they were songs of his own creation. I still can feel the sensation from one summer evening session, as if my mind were floating in an air-cooled stream, as Jimmie wafted the melody of Hank Williams' "I'm So Lonesome I Could Cry", backed by Jim Cowger's sonorous sax lines. Another unforgettable session had Jimmie playacting the romantic mood of an earlier classic, "It's All in the Game", composed in 1912 from a poem written near the turn of the century.

Most of the album, of course, is filled with songs of colorful vision, fantasy and sensuous life, all written by Jimmie, straight from his unmistakable creative world. When I listen to it now the music brings on the memory of how it felt in the living room of Jimmie's Venice, California beach house, where the room seemed always to glow from the spark of his most recent creations and with the energy and affection he inspired in his many close friends.

I'd have thought by now that another singer would have achieved something similar to his unique voice, in the way that artists from prior eras become major influences on younger singers. So far, no one has.
by David Campbell 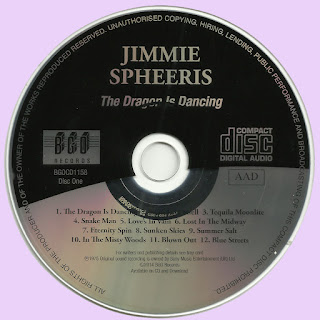 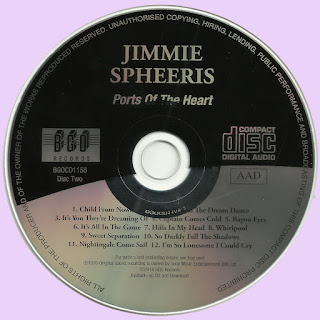 Free Text
the Free Text
Posted by Marios at 8:18 AM 6 comments: