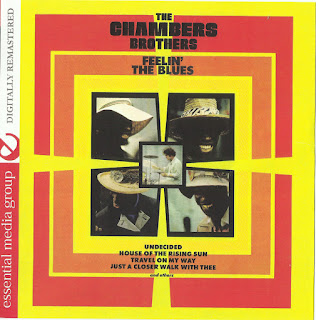 The band's style had changed quite drastically from old-school blues, soul, and pop to the longer psychedelic jams heard on their international hit "Time Has Come Today." Although the mixture of live and studio selections gives the collection an odds-and-sods vibe, several of the performances are among the best of the Vault Records-era material. Somewhat contrasting with the album's title, the Chambers actually cover a wide spectrum of music on Feelin' the Blues. Their roots can be heard throughout the flawless interpretation of the sacred standards "Just a Closer Walk with Thee" and the excellent "Travel on My Way." Similarly, the midtempo reading of Ray Charles' "I Got a Woman" offers the Chambers an opportunity to subtly return to their gospel origins with call-and-response backing harmonies.

The proceedings are far from being pious, however, as the quartet harmonizes the chorus of "Too Fat Polka" during one of the instrumental breaks. Perhaps wishing to remove some of the sting from the real storyline, the reworking of "House of the Rising Sun" -- according to the spoken introduction -- is told from the point of view of the receptionist (huh?) at the infamous bordello. Had The Chambers Brothers decided on a more straightforward translation, the song could easily have been one of the album's best. Other tunes worth spinning include a version of Bobby Parker's "Blues Get Off My Shoulder" -- in a longer form than on 1968's The Chambers Brothers Shout! -- and the comparatively brief but effective update of the jazzy "Undecided."
by Lindsay Planer 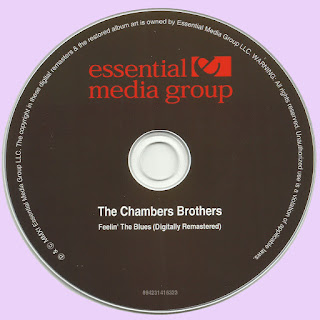