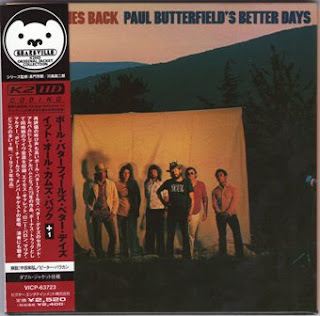 After 1970's Live and the following year's studio effort Sometimes I Just Feel Like Smilin', Butterfield broke up his band and parted ways with Elektra. Tired of all the touring and personnel turnover, he retreated to the communal atmosphere of Woodstock, still a musicians' haven in the early '70s, and in 1971 formed a new group eventually dubbed Better Days. Guitarist Amos Garrett and drummer Chris Parker were the first to join, and with folk duo Geoff and Maria Muldaur in tow, the band was initially fleshed out by organist Merl Saunders and bassist John Kahn, both from San Francisco.

Sans Geoff Muldaur, this aggregation worked on the soundtrack of the film Steelyard Blues, but Saunders and Kahn soon returned to the Bay Area, and were replaced by New Orleans pianist Ronnie Barron and Taj Mahal bassist Billy Rich. This lineup -- with Geoff Muldaur back, plus contributions from singer/songwriter Bobby Charles -- released the group's first album, Better Days, in 1972 on Butterfield manager Albert Grossman's new Bearsville label. While it didn't quite match up to Butterfield's earliest efforts, it did return him to critical favor.

A follow-up, It All Comes Back, was released in 1973 to positive response Paul Butterfield's post-Blues Band outfit's second album is a bit more laid back than its predecessor, but it definitely has its moments, and as before the musicianship is stellar. The opening "Too Many Drivers," for example, is a churning Chicago blues, with Butterfield's horn impressions figuring as intensely as ever, that would have fit in perfectly with anything on his old band's debut.

Geoff Muldaur turns in a haunting rendition of a delicate Rick Danko-penned R&B ballad "Small Town Talk," while "Take Your Pleasure Where You Find It," co-written and co-sung by Butterfield and R&B legend Bobby Charles, is a clavinet-driven funk workout whose instrumental sections work up a real Little Feat-style froth.
by Steve Huey 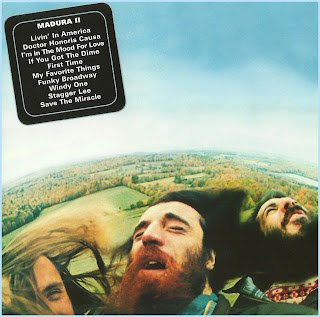 As members of Bangor Flying Circus, guitarist Alan De Carlo and singer/keyboardist David "Hawk" Wolinski recorded a decent 1969 album for ABC Dunhill. When that outfit folded in 1970, the pair elected to continue their partnership as the Chicago-based Madura with the addition of drummer Ross Salomone.

Finding a sponsor in the form of James William Guerico (who'd enjoyed considerable success with The Buckinghams and The Chicago Transit Authority), the trio subsequently won a contract with Columbia Records. With Guerico producing, at least to my ears much of 1971's "Madura" sounded like an early Chicago album though thankfully without the irritating horns.

With all three members sharing writing duties (there was one outside cover), the collection bounced around between pop ('I Think I'm Dreaming'), FM-oriented rock ('Drinking No Wine'), jazzy interludes (''My Love is Free'), and more experimental excursions ('Hawk Piano'). These guys were clearly quite talented. Wolinski had a nice voice that sounded a bit like a cross between Chicago's Terry Kath and Robert Lamm, (he also played a mean Hammond organ).

De Carlo also had a decent voice and a knack for spinning off catchy jazz-tinged solos. While there were several strong compositions, allowing the trio to stretch out over four sides was probably a mistake since it forced them to fill up lots of space with poorly deigned jams and experimentation ('Plain as Day').

Hard to imagine Columbia, or any major label allowing a new band to debut with a double album, nineteen track set in this day and age . A second album recorded in 1972 and released early 1973 before the band split and each one of the members took their own road.
Bad-Cat 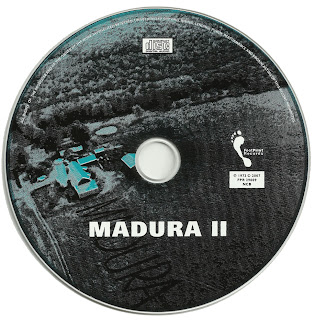