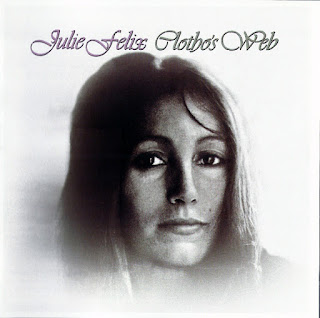 From the opening title track, with its arresting arrangement possibly masterminded by John Paul Jones, it’s immediately clear that this is an album to be taken seriously. At the time of its release, Julie Felix was already well established, having enjoyed ample BBC TV coverage for her easy folk song interpretations. By 1970, however, she was ready to move forward when she signed with Mickie Most.

The first 12 tracks here make up her Clotho’s Web album, which features all Felixpenned songs bar one. More importantly, it pulled in fuller instrumentation from the likes of Danny Thompson, Big Jim Sullivan, Davey Johnstone and the aforementioned Mr Jones, whose work with Most’s production helped make the resultant collection striking, atmospheric and highly convincing. Felix’s vocals are strong, confident and are placed well up front. Eight bonuses, mostly non-album singles, are added, making this a good value package. Worth the price of admission for the title track alone, which stands as one of the great folk-rock moments.
by Kingsley Abbott 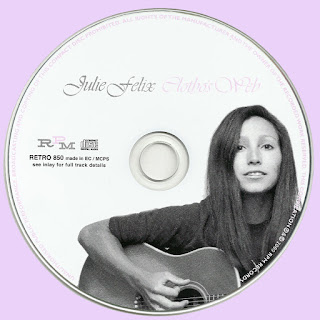 Free Text
the Free Text
Posted by Marios at 10:49 AM 6 comments: