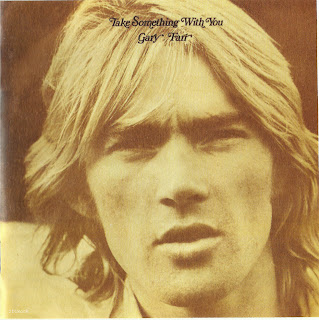 Gary Farr was born on October 19th 1944 and raised in Worthing, Sussex, the youngest of four children of the legendary Welsh heavyweight boxer Tommy Farr. Privately educated, he travelled extensively and spent a time working in his sister's London jazz club, The Farm, before deciding to pursue a career in music himself. He began his career in February 1964, as frontman of the T-Bones.

They quickly became a leading light of the UK R&B scene, playing a longterm residency at impresario Giorgio Gomelsky's Crawdaddy Club in Richmond (alongside the Yardbirds, the Rolling Stones and many others), and signing to Columbia. Though they also had a residency at the Marquee club, toured with blues legends such as Sonny Boy Williamson and Howlin' Wolf, appeared on the popular TV show 'Ready Steady Go!7, neither the three 45s or the EP they issued in 1964 and 1965 sold in significant quantities, and Farr departed for a solo career at the start of 1967.

That January he recorded an up-tempo track backed by the Action, 'A Little Piece Of Her' (which is heard here for the first time), but the remainder of his songs were in a markedly different style, combining acoustic singer-songwriter structures with wistful, poetic lyrics. Gomelsky remained his manager, and - after Farr had recorded numerous demos, included here on disc two - he paired him up with former Blossom Toes drummer Kevin Westlake.

The duo initially called themselves 'The Lion and the Fish', but the only disc released by them, 'Green' / 'Everyday' (also included here as bonus tracks) appeared under their full names in June 1968, on Gomelsky's Marmalade label. Soon afterwards they amicably parted, and Farr was again pursuing a career alone, living at the house rented for the label's artists in Fulham, London.

Towards the end of the year Gomelsky put him into the studio to tape a solo LP, backed by numerous other musicians associated with the label, including Meic Stevens and members of the Action, Mighty Baby, the Blossom Toes and Spooky Tooth. Though it was melodic, thoughtful and expertly played, Take Something With You never had a chance - its release was delayed for almost a year, and when it finally appeared in December 1969 Marmalade was mid-collapse and Gomelsky had just moved to France.

It received no promotional support whatsoever, and only seems to have been reviewed in two of the UK's pop newspapers, meaning that neither it nor the 45 that preceded it ('Hey Daddy' / 'The Vicar and the Pope') sold. Undeterred, by early 1970 Farr had got some attention on the live scene, especially after appearing at the Isle Of Wight Festival in August 1969 (organised by his brother Rikki), and he soon signed another deal, with CBS.

Having moved to Surrey, he spent several months gigging and rehearsing new material, before recording his second album that autumn, with backing from Richard Thompson and members of Mighty Baby. Strange Fruit was issued in December, exactly a year after Take Something With You, and sadly suffered much the same fate. An early demo of its standout track, 'In The Mud', closes disc two here. Soon afterwards he moved to the US, where he eventually signed to Atlantic and recorded his third and final album, Addressed To The Censors Of Love, in Muscle Shoals in 1973, under the auspices of the legendary Jerry Wexler.

Later in the decade he formed the US-based rock band Lion, whose sole LP, Running All Night, appeared on A&M in 1980. Thereafter, disillusioned with the music business, he pursued a career as a photographer, taking stills for Hollywood movies and also for private clients. He never gave up music, however, and his friends and family cherish privately-made recordings of him, which find him returning to the blues and folk of his youth to stunning effect. On July 29th 1994 he succumbed to a heart attack tragically young, after cycling near to his Laurel Canyon home.

His reputation has never ceased to grow in the years since, however - especially with the advent of the internet. Copies of Take Something With You have changed hands on eBay for up to £300, and it is to be hoped that this first reissue - produced with the full involvement of his family - will allow more people than ever to appreciate his considerable talents.
by Richard Morton Jack, September 2008 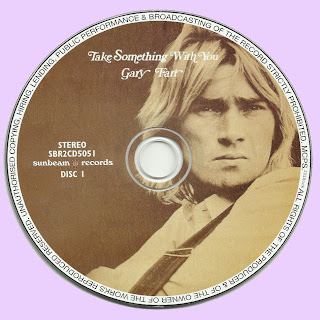 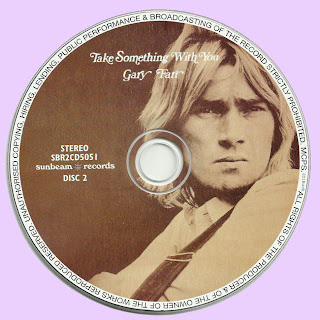 1972  Addressed To The Censors Of Love