Batdorf And Rodney - Off The Shelf (1971 us, wonderful melodic folk rock, 2014 japan remaster) 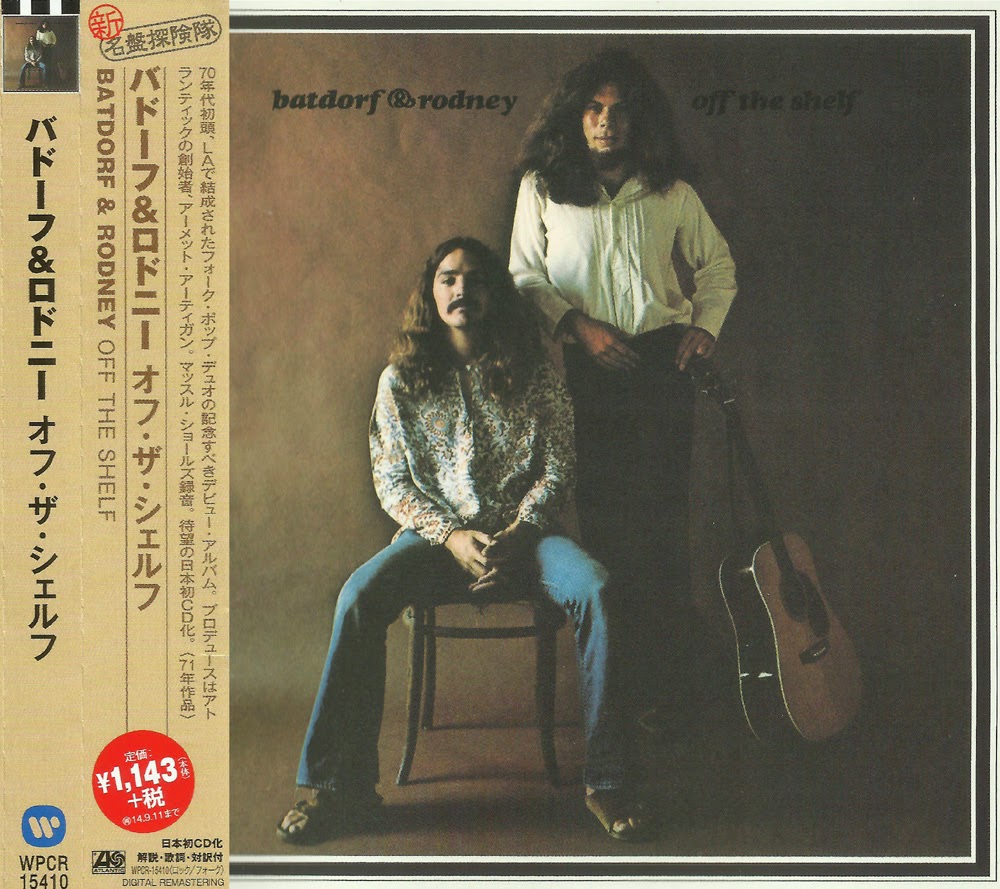 In the summer of 1970 at the ripe old age of 18, my girl friend and I packed our bags and left our apartment in Hollywood for Las Vegas. It was time for a change of scenery, and it didn't hurt that her parents had a home there. They were devout Jehovah's Witnesses and I am sure they were thrilled to have a hippie musician who'd been shacking up with their runaway daughter in LA move into their home. But the power of music can never be underestimated. Once they heard me sing they warmed up to me and I used to do shows for them and their friends. (For the record, no pamphlets were distributed during the performances).

I soon found employment at the University of Las Vegas in a coffee house. Although I'd played music all my life I did have a few other marketable skills that helped me get the gig: I worked in the kitchen, served drinks, cleaned up the place, even worked the cash register. But singing was more fun. As with most coffee houses of that era, each night featured various singers and songwriters. Before long I became the headliner. I did two or three sets a night depending on the crowds. Then, as a special reward for packing 'em in I had the priviledge of cleaning up when the show was over.

One night Mark Rodney's younger brother Jeff showed up and liked what he saw. He went home and told his brother that he HAD to go check out this guy at the coffee house. Apparently he told Mark my distinguising features were: "he sings really high like a girl and plays really cool original music." Mark showed up the next night and watched a set and was impressed. Although both of us had been from LA and actually went to the same High School, Mark had been living with his dad Red Rodney who owned a home in Vegas. Red was a famous Jazz trumpet player and I'm convinced he passed on that great musical feel to his son.

Mark introduced himself during a break and asked if he could sit in on the next set and play some guitar. That was the first time Batdorf and Rodney played. I loved the way the guy found such cool and tasty guitar parts that took the songs to a better place. Oh yeah, and it was fun.

We decided to rehearse and see what would happen. We practiced everyday either at Red's house, the park, or up at Mt. Charleston. We got really excited about this sound that was happening as we played, and we weren't alone. Soon we were packing them in at the coffee house. The manager there was so into the sound and the potential that he took us to a College entertainment show in Fresno to show off what UNLV had going on campus. We were a big hit and before long we had people wanting to join us, manage us, promote us, you name it. We were getting the offers.

We were feeling really good about what we had to offer and wanted to record it. On October 24, 1970, Mark and I were joined by our roadie Dan Bisker and a few others and we went up to Mt. Charleston armed with our guitars, a stereo cassette deck and two mics. We played a set of originals and really liked what we heard. Mark and I decided that we wanted to go back to LA and see if we could get a record deal.

We eventually booked some more sessions but this time in LA at Elektra Studios. Ahmet hired John Barbata on drums and Chris Etheridge on bass. Our engineer was Ross Myering. The sessions went great and everyone was pleased. Unfortunately because Ahmet was such a busy guy, it was hard to track him down and pin point a release date so the weeks passed and still nothing.

We hooked up with a manager, Harvey Kresky, who had managed Sonny and Cher among others and had a history with Ahmet. He got Atlantic to finally schedule a release date in late 1971 to the newly named duo Batdorf and Rodney, another good Ertegun idea. Off The Shelf Because the record sat on the shelf for so many months we appropriately named the record, " Off The Shelf". The album was finally out!!! We immediately got airplay everywhere. The playlists were not like today. AM radio actually played album cuts. A very famous DJ in LA at KRLA AM radio B. Mitchell Reid played many cuts and often. Mark and I went to the Beverly Hills Hotel on Thanksgiving to have dinner with Ahmet, David Geffen, Eve Babitz, Earl McGrath and a few others he invited. He had a boom box playing in the background and on came "Can You See Him". We all freaked and I told Ahmet, "Man we're going all the way, we're going platinum!!!" Ahmet said "Don't worry about that man, we made our mark," and he was right again.

That album didn't quite go platinum or gold or any other color but we toured and people loved us! On the road I was busy trying to write new songs for what would be our second album.
by John Batdorf 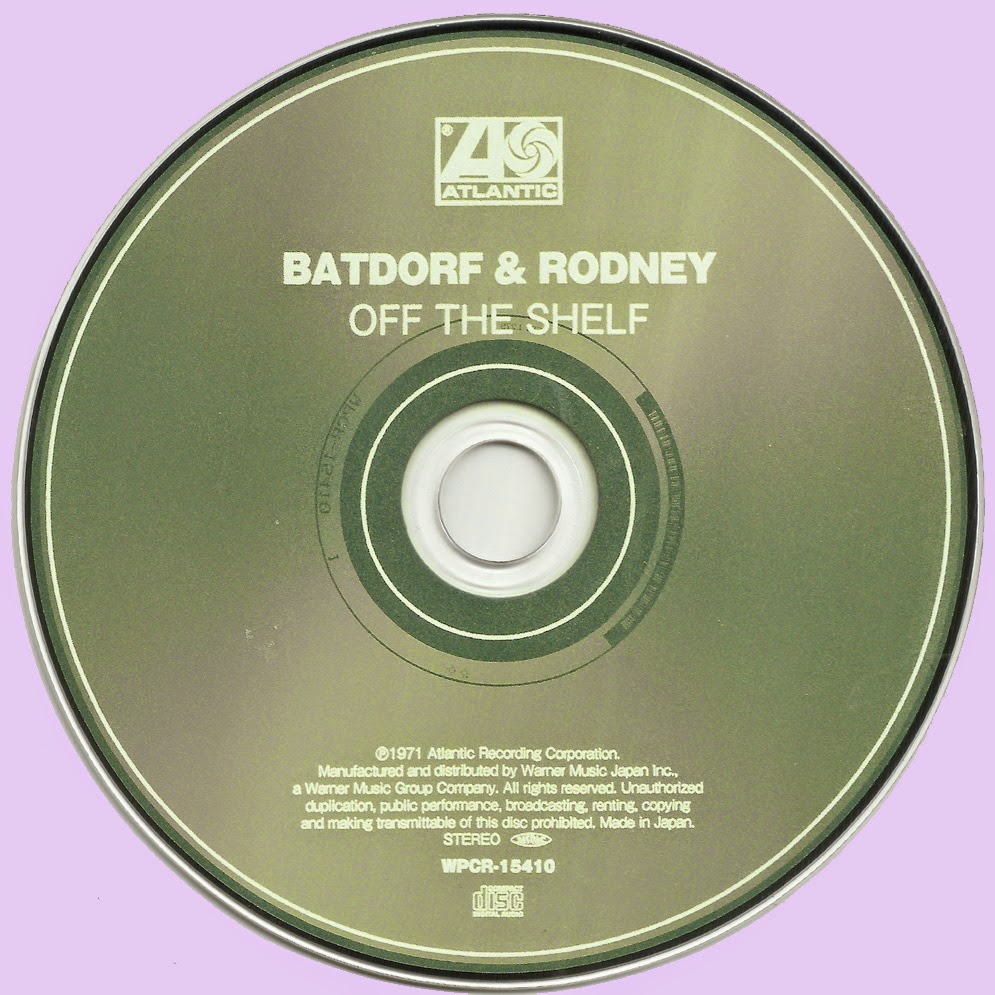