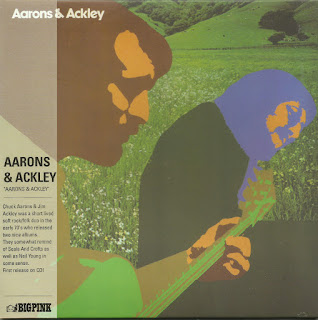 Cleveland, Ohio-born Chuck Aarons and Portland, Oregan native Jim Ackley were both in their own groups in the 1960s, but both wound up in Canada at the height of the Viet Nam War. Aarons was excused from the draft due to an asthma condition (which his brother and father also had), while Ackley fled to Toronto while in a group called Thirteenth Story and touring with The Beach Boys.

Looking to continue his music career, Ackley made ends meet as an English tutor before taking a job at Capitol Records as a clerk in the promotions department, when a mustual friend introduced him to Aarons early in 1971. Aarons was a guitarist and Ackley was predominantly a jazz piano player. They started writing some material and occasionally played around the clubs in Toronto as a folk duo, and eventually got Capitol execs to listen to their demos, who signed them to a deal.

They were teamed up with producer Dennis Murphy, but wanting to shed the folk image and lean more towards a commercially palatable pop sound, execs insisted some session players be brought in. They included bassist Jim Rolleston who'd worked with Seals & Crofts and Gordon Lightfoot, and drummer Terry Clarke, whose resume included Jim Hall, Manhole, and Fifth Dimension. Their eponymous debut album was released in the spring of 1971. Two singles ensued to moderate success - "Let It Shine" (used on an episode of "The Mike Douglas Show" during a dance routine) and "Devil Song." "Swanee Song" was also included in a 1971 compilation album called THE CAPITOL RECORDS GUIDE TO CANADIAN CONTENT PROGRAMMING - VOLUME TWO.

But because Ackley was a draft dodger, they couldn't tour the US, and so for the next few months they assembled a back-up band and did the central Canada circuit. This was despite the fact reps at Captiol's New York office urging Aarons to find a replacement for an American tour.

Before the year was up, they released the single "NFS" while working on their follow-up, which came in the form of 1972's YOU AND I, with Murphy again acting as producer. It only spawned one single, "Bonnie Blue" b/w "Could Have Had Anything," but the record had a more rounded sound than its predecessor, incorporating woodwinds, trumpets, and a French horn. And unlike the first record, it also featured songwriting solely from Aarons and Ackley, without any outside assistance, and included other tracks like "Oh What A Good Time," "Truly," and "Five O'Clock."

But feeling they weren't getting the push they deserved, they moved to fledgling GRT Records in '74, where they cut four songs on a pair of singles over the next year or so - "Where Did The Music Go" b/w "Victim of Sorrow" and "Detective of Love" b/w "Beverley."

But with the label having financial woes, the intended album they were working on never materialized, and Aarons and Ackley both went on to other projects, including session work, and producing the likes of The Irish Rovers and Bob McBride after he'd left Lighthouse.

Following President Nixon's amnesty grant to draft dodgers, Ackley moved back to the US, settled in LA for awhile, then moved to Spain. After relocating to Vancouver, Aarons eventually followed him to LA and also got involved in movies, working on such films as "Winter of My Discontent," "Thornbirds," "Bird," "The Rose Mary Cloony Story," and "Quicksilver," as well as in TV, including working on "Dynasty."
With notes from Jeffrey Aarons, Toni Diotte, Ron Grahame, James Kavinsky 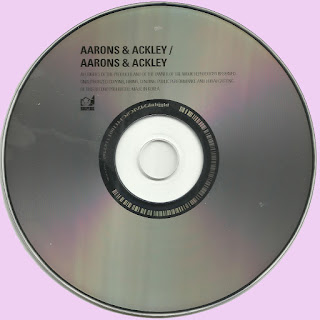 Free Text
Text Host
Posted by Marios at 6:55 AM 2 comments: