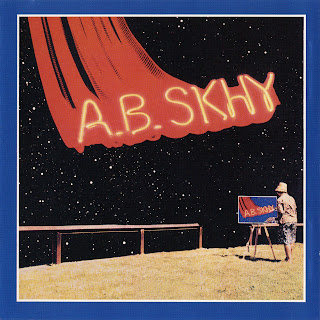 The group, with a sad history, founded in Milwaukee in Wisconsin,little known exponents of the late-1960s psychedelic-blues genre. Originally known as The New Blues, drummer Terry Andersen, guitarist Dennis Geyer, bassist Jim Marcotte and keyboard player Howard Wales had the common sense to move themselves to San Francisco.

Working in a psych-blues vein, the quartet found a ready audience and steady work on the city's club circuit. Recorded two albums, the first was called 'AB Skhy' and left in the same 1969, and the second 'Rumblin On' was born in 1970, after which the group disbanded. Signed by MGM, the quartet's 1969 self-titled debut teamed them with producer Richard Delvy. Unlike the majority of their San Francisco brethren, "A.B. Skhy" found the band focusing on a mixture of Blood, Sweat and Tears-styled horn rock.

Both of album were written in the style of blues-rock with great influence of jazz, which is reflected in the construction of tracks and sound - a large part of the track is playing a horn section. The horns are this album were arranged by Dave Roberts, and it's evident that he knows what he's doing.

From the first blast, until the last note, they hit you and hold you. Jim Marcotte's walking bass underlies some brass riffs that'll knock your socks off. Dennis Geyer's guitar makes you want to get up an dance. Terry Anderson's drum work is solid and lays a great foundation for the rest of the band. Howard Wales makes the Hammond sing, and combines with the rest of the group to make you wish every song was longer,and it belongs in the collection of every fan of good jazz, blues  or rock.

Best of the lot were the bluesy "Understand" and the pseudo-jazzy "Of All Sad Words." Not bad performed a cover BB KING'a , completely jazz sounds which opens the album, 'You Upset Me Baby' . In the middle of a powerful sounds great jazz-rock instrumental "Camel Back",on the track even attended Dave Roberts with his copper pipes, as well as the beautiful ballad "Of All Sad Words" with a flute. 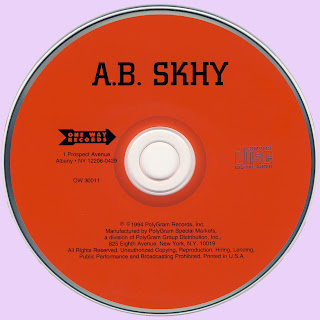