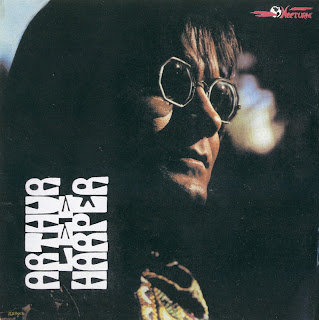 In a move guaranteed to cause perpetual confusion among discographers and '60s collectors, singer/songwriter Arthur Lee Harper billed himself simply as Arthur (no last name) on his first album, 1968's Dreams and Images, and then as Arthur Lee Harper on his second and last, 1969's Love Is the Revolution.

It's the same guy who did both records, and he most assuredly has no connection with the famous Arthur Lee who led the group Love. Arthur, or Arthur Lee Harper, was as mild-mannered a folk-rock singer/songwriter as there was in the late '60s, singing sad songs that emanated fearful uncertainty, as well as slight airs of self-pity and disengagement.

His thin voice was so high it almost moved into a range associated with woman singers rather than male ones; if you're looking for a reference point from the period who's almost as obscure, there's Bert Sommer, who had a similarly nearly girlish voice. In some respects the records were much lower-volume, folkier variants of the orchestrated Baroque pop of the early Bee Gees, though of not nearly the same quality, with a reticence that made the late-'60s Bee Gees sound gutsy and forceful.

Dreams and Images got at least a little distribution, as it was on Lee Hazlewood's LHI label, but Love Is the Revolution got even less of a hearing, as it was privately pressed. The albums weren't very good, but they were combined on a single-CD reissue in 2002 on the Papa's Choice label.
by Richie Unterberger

2002 reissue of the 2 albums released by Arthur Lee Harper: Dreams And Images from 1968 and Love Is The Revolution from 1969.

Hazelwood contributed liner notes to the first album, referring to Arthur's baroque, ultra-soft pop as "a tear looking for a thirsty eye"! Pretty cool, if in an extremely wilted-way. This CD includes his complete early recordings; in 2003 the RD label issued an LP-only collection of later recordings. 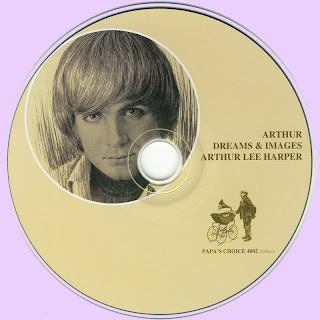