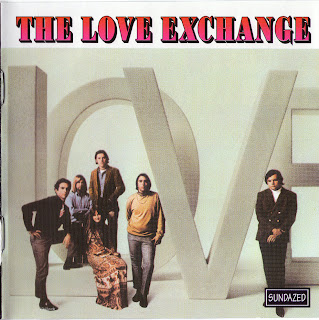 By 1967 manager of The Crusaders Barry Kaye, who was a real Hollywood creep, took every penny they made off of some real big gigs, persuaded The Crusaders to change their name to The Love Exchange, and moved to San Francisco, California.

By late November 1967 The Love Effect released a single "Swallow the Sun" (written by John Merrill) (backed by "Meadow Memory"), which is described as the band's "chief claim to fame", and "a nice folk-rock-psychedelic tune that's emblematic of the time with its trippily optimistic lyrics, garage-like Mamas & the Papas female-male harmonies, and swirling organ". "Swallow the Sun" was "a re-titled cover of 'Dark On You Now' (with some different lyrics) by the Peanut Butter Conspiracy", which had previously been recorded by Merrill's previous band, The Ashes. The song was anthologized on the Los Angeles portion of the Highs in the Mid-Sixties series, and also on the folk-rock volume of the vinyl Nuggets series on Rhino in the 1980s.

The Love Exchange's eponymous 1968 album Love Exchange was recorded in one day at Leo de Gar Kulka's Golden State Recorders Studios at Harrison Street, San Francisco, produced by Number One Productions of Larry Goldberg, who "put his name on our songs", and was credited with writing most of the songs, with the exception of "the appropriately melancholy and ghostly 'Ballad of a Sad Man' (written by bassist Mike Joyce)".

In an act of "psychsploitation", Goldberg took some of the LP's backing tracks and used them on a soundtrack album for a musical titled How Now, Dow Jones, credited there to the Floor Traders". These songs were "Step to the Rear" and "Live a Little", both with lyrics by Carolyn Leigh and music by Elmer Bernstein. The original soundtrack album "How Now, Dow Jones" was released by RCA Victor by January 1968.

In April 1968 Love Exchange was released without the two Broadway songs, and received a favorable rating by Billboard magazine The Love Exchange played often in Los Angeles, including gigs at the Pandora's Box and other Sunset Strip clubs, the Los Angeles Sports Arena, and at some festivals, but broke up after appearing at the Newport '69 Pop Festival in June 1969. 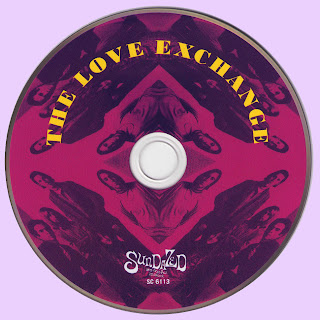