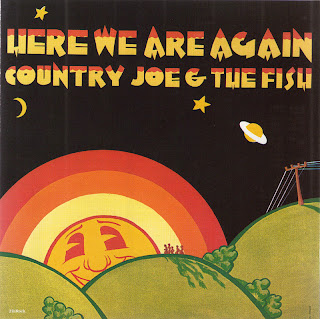 "Here We Are Again" is the fourth--and next to last--album by the original lineup of Country Joe and the Fish. While the group would reunite every so often over the next few decades, this is one of the highlights of their career. The group's multi-songwriter democracy had displayed an admirable eclecticism on the first three albums, but the results often sounded scattershot. While that wide-ranging spirit is all over HERE WE ARE AGAIN, the individual songs somehow cohere into a more satisfying whole.

The addition of a horn section recruited from Count Basie's orchestra adds a jazz/R&B edge to the folk-rock-based songs, a conceit that works better than it might sound. Country Joe McDonald and Barry "The Fish" Melton largely avoid topical material in favor of witty tunes about love and life, making HERE WE ARE AGAIN the least dated of Country Joe and the Fish's original albums. 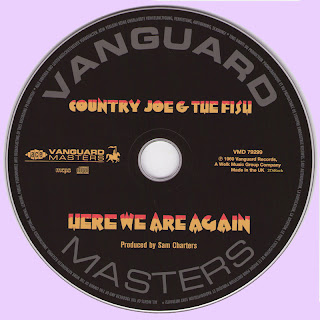