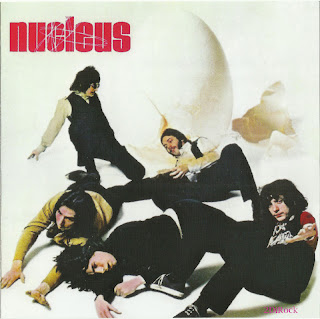 The origins of Nucleus lay in late- 60s Toronto combo The Lords Of London.  They were a popular live attraction and appeared at the Canadian National Exhibition in Toronto, which ran from 15th August to 2nd September 1967, alongside The Guess Who and Kensington Market, as well as US bands including Moby Grape.

Though they'd had minor Canadian hits with Cornflakes And Ice Cream, The Popcorn Man and Candy Rainbow in 1967-68, a US breakthrough never came, and by September 1968 they were evolving into a different sort of act. Agnello was replaced by Bob Home, and - having changed their name to Nucleus and adopted a jazzier, more improvisational approach in daylong rehearsals - they recorded their sole LP for Chicago's Mainstream label, with all songs penned by Fitzpatrick.

Musically it ranges from the deranged Jenny Wakes Up to the intense Communication. Issued as Mainstream S-6120 in April 1969 (its release having been briefly delayed by what Billboard described as 'a technical complication'), the album sold poorly, though it attracted considerable cult interest, with the single version of Communication receiving heavy underground airplay.

On May 24th 1969 Billboard reported that 'Nucleus seem to be on the verge of breaking through internationally', but it wasn't to be. By 1970 the band was frustrated with their failure to make commercial headway, and though further 45s had appeared (Johnny Peace / Ernie's Gone and Wonder Girl / Help Me Find Some Peace), they split at the end of the year, with Taylor, Leggat and Home joining ex-Leather members Alex Machin and Paul Naumann to become A Foot In Coldwater. 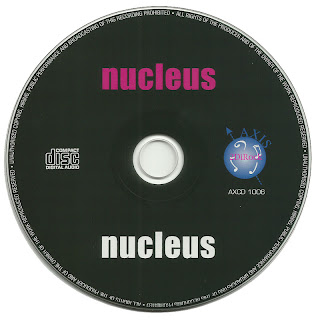