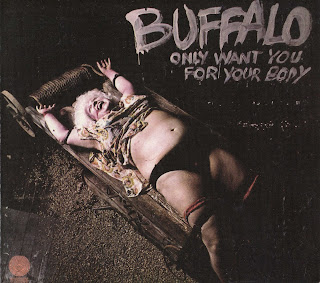 Aztec Music once again have done a brilliant job with great remastering, a massive booklet with liner notes, band interviews and tons of photos. Plus 2 rare bonus tracks (a 7” edit/mix of "What’s Going On" and a live GTK recording of "United Nations"). Aztec have done such a good job that the bootleggers have actually had the nerve and audacity to cry unfair...Ha! Maybe the bootleggers should pay the band some royalties first, before complaining too much.

This the band's third album and is a big leap forward in terms of songwriting and production. Where, on Buffalo's previous albums, the vibe on songwriting seemed to be "smoke a bunch of pot, turn the amps up full blast and see what happens", there's a different approach on "Only Want You for Your Body". The tunes are still riff-heavy, loud and dynamic, but the song arrangements are more traditional i.e. they actually have verses and choruses (shock!) Production-wise, it’s also a progression with double tracked guitars and vocals, backing vocals (more shock horror!), percussive and sound effects, which add up to make this probabl0y Buffalo's best album.

The band's endless touring prior to this albums recording sessions had tightened the musicianship considerably.Pete Wells (who sadly passed away on 27 March 2006, was slide guitarist with Rose Tattoo, Lucy De Soto + the Handsome Devils and The Pete Wells Band) can take a bow: His bass playing was incredible! All budding bassists should check out his playing on this album. Guitarist John Baxter proves to be the heaviest and wildest guitarist in the country at the time, drummer Jimmy Economou is aggressive and hard-hitting but never self-indulgent. Frontman Dave Tice‘s vocals alone are more powerful then most bands at the time.

Ok, you ask: Why wasn’t this album a multi-million selling album it deserved to be? Well, at the time Australian radio was extremely conservativeand it was almost impossible to sell a lot of records without airplay. Buffalo probably weren’t doing themselves any favours by having a front cover featuring a semi-naked young girl tied up on a torture rack. Songs like "I'm a Skirt Lifter, Not a Shirt Raiser" and "Kings Cross Ladies" were unlikely to be played on Catholic church-owned radio station 2SM. However, the band probably took a perverse delight in all this.So folks - have a listen to this and see what all of the fuss is about.

It should be noted that since the band split back in the mid '70s, Buffalo have picked up a fairly impressive world wide following. Members of Soundgarden were fans , a European stoner rock band Colour Scheme covered a Buffalo song on one of their albums and the Hoodoo Gurus use to play Buffalo over the P.A before going on stage. Sheek The Shayk (ED: Who?) paid tribute to the band on their debut CD. Murray Shepherd (Monarchs , Ride Ons , Funthings etc) is a huge fan, and Cosmic Psychos released a version of "Sunrise". Hey...maybe we should petition the Homebake organisers and try and get a reunion show happening (although realistically this is unlikely to happen).
by Steve Danno-Lorkin 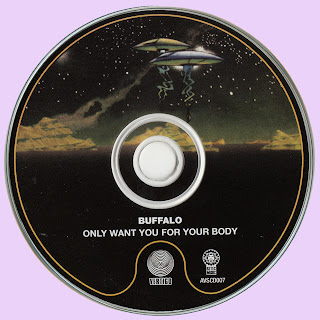 In 2002, after returning from a European tour with ROSE TATTOO, Pete was diagnosed with prostate cancer. For the next 3 and a half years Pete fought like hell to beat the illness, however sadly on 27 March 2006, Pete passed away.
http://www.petewells.net/Main.htm