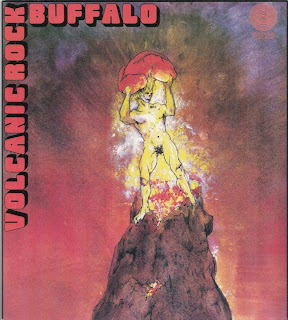 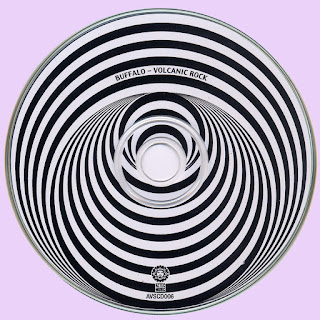 Between 1966-67 vocalist Dave Tice (who actually was born in England) and bassist Pete Wells trying his luck in various bands in the city of Brisbane (The Odd Colours, Strange Brew and The Capitol Show Band), that although some obtain successful local end without a trace. Both then solve, in early 1968, mounting the Head, that would be the embryo of Buffalo, alongside Neil Jensen (guitar) and Steve Jones (drums).

The group decides to move to Sydney in 1970, however, Jensen and Jones can not resist the difficulties of living in the metropolis and end up falling out and replaced respectively by John Baxter and Peter Leighton (who came from two bands called Mandala and Aftermath).

In 1971 the group makes its phonograph record, with the single "Hobo" / "Sad Song" and "Then" (a rarity available, because until today there was reissued in any format), and then immediately the drummer decides to leave Leighton the band and was replaced by Paul Balbi, who brought over a vocalist, Allan Milano (also formerly of this Mandala).

It was there that, thanks to the then manager of the group, Myles Mal, they decide to change their name because, as Myles, and Head have a certain connotation with drugs and sex (!), He thought he should adopt a name that started with the letter B, after all, with this initial bands were generally successful (Beatles, Black Sabbath, etc.). No one knows for sure where the idea of ​​adopting the name Buffalo, but specifically who was proposed Milano.

Perhaps the businessman was right, because in March 1972 they can sign a contract with none other than the legendary Vertigo label (it was the first band out of England to achieve this feat), which had in its cast giants like Uriah Heep and Black Sabbath.

With this, it did not take to record his first work, "Forever Dead", which would in May 1972, having been preceded by a "Suzie Sunshine" and "No Particular Place to Go", the latter a cover of Chuck Berry that was not edited on the album. In the same year another "Just A Little Rock'N'Roll" and "Barberhop Rock", which also did not figure in LP (these are other rarities huge nowadays). Interestingly, the "Dead Forever" came to be re-released in 1991 in both CD and LP by Repertoire Records, but got no time to catalog because supposedly the German label did not own the copyright - so that there is some controversy over whether he would or not been mastered from a vinyl copy because listening carefully to the headset realizes some squeaks through characteristic.

However, the total lack of a strong rebound eventually causing internal crisis, which resulted in the end of the group. Tice went to Mr Madness, while the other members continued rehearsing sporadically - with the exception of Milano, which literally disappeared from the music scene until the mid. It looked like the end. However, an event would reverse the situation.

In January 1973, Black Sabbath toured Australia and the record company, she knew she had a name "weight" (in the sense of sound thing) in that country, practically imposed the presence of Buffalo to open the shows, they were baptized " Clash of the Titans "and sold as the ultimate listening experience for fans of heavy rock. Perhaps exacerbated nationalism or reasons that are not known, the local press praised his countrymen huge and did not like much of what the British had (there was even a "critic" who said that the Sabbath is that it should have opened the show!).

The fact is that it looks like they went really honed live, because about two weeks later opened for Slade and Status Quo, again being acclaimed by the audience. As realized that the bid was even playing "high and heavy", decided that they would record an album with this direction, and begin testing. Meanwhile, Balbi leaves the band and is replaced by Jimmy Economou, coming from Mandala (plus one!).

Thus, with the formation stabilized Dave Tice on vocals, John Baxter on guitar, Peter Wells on bass and Jimmy Economou on drums, is edited in 1973 the very heavy (for the time) "Volcanic Rock", the masterpiece of the band , a real firecracker from start to finish, which led to an extreme proposal to make "heavy rock", which had already been foreshadowed in "Dead Forever", which has some flashes in this direction but it is work much smoother. ''Volcanic Rock'' this album is just primordially heavy and chock full of massive thunderous songs with extended wailing, blistering Guitar parts. In other words, it’s utterly amazing. There's some really amazing hard rock riffs here, but at the same time a lot of jams and crazy instrumental tripping (listen to "Freedom" and its 9 minutes of pure awesomeness), so I would call this a "heavy psych" or "hard psych" album, too. Bass lines are also pretty solid and its sound is very audible. Drumming is also kinda crazy, and this guy sure knows how to get out of that stagnant hi hat-snare beat throughout the songs (not saying this kind of "hi hat-snare" drumming is bad, but I really enjoy listening to crazy drummers). In fact, I think these guys were one of the craziest things going on in the 70's (no wonder they even opened for Black Sabbath many times), and I feel like these guys are really underrated. A hard rock gem, for sure!

If you're a fan of 70's rock acts like Black Sabbath or Deep Purple, be sure to give this a listen. Also, check it out if you like crazy instrumental jams. I'm almost sure you'll be blown away. Sadly, these guys only released a few more albums and then disbanded in 1977. But in my opinion, this is their best album by far. I would say "Freedom" and "Till My Death" are the best songs on this album, but honestly, this album is amazing, at all. All songs here are at least above average. Totally a must have for any hard rock lover, Really great!

Excellent ! Thanks a Lot.

apanta
I have in mp3 format "Hobo / Sad Song, Then" - "Just A Little Rock'N'Roll" - "Barberhop Rock"
and "No Particular Place To Go"
if your interested i can upload them.

But first someone must help me with the problem i have w/Deposit files in Google Crome so that i can upload them. Thanks


,,This Account has been suspended.
Contact your hosting provider for more information."
LINK IS DEAD, RE-UPLOAD PLEASE FROM HEART