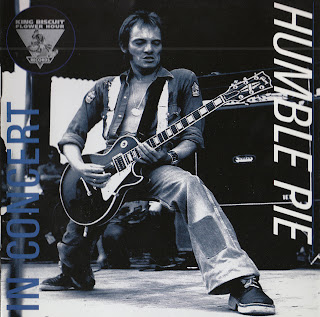 Recorded live at the Winterland Theater, San Francisco, California on May 6, 1973, this documents Humble Pie's tour in support of their Smokin' album, their first without co-founder Peter Frampton. It's definitely Steve Marriott's show all the way (his sung intros between songs are practically worth the price of admission). Not surprisingly, the bulk of the songs are from the SMOKIN' album.

Highlights include a brutal "30 Days in the Hole," and dramatically slowed down versions of Eddie Cochran's "C'mon Everybody" and Junior Walker's "Roadrunner" (complete with a sneaky Led Zep quote in the middle). Throughout, the band plays like their lives depended on it, and the recorded sound is absolutely stupendous--in terms of sheer sonic assault, the studio versions of these songs don't even come close. Pie fans shouldn't miss this for a minute. 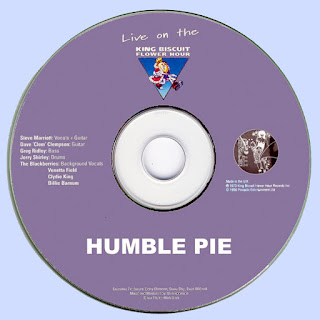 Hi Marios! Is it possible to restore the link? Thx

A big thank you, Marios!