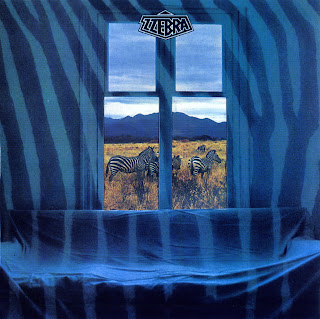 Zzebra in its original encarnation was an amalgamation of two brilliant bands. Terry Smith and Dave Quincey from (IF and Lasissi doughty) Amao from OSIBISA. Liam Genockey and John McCoy were brought in on drums and bass, and Gus Yeadon on keyboards and vocals. Ken Burgess produced and Tony Taverner engineered.

Gus Yeadon was not happy in the band and when Ken's old friend and partner, Tommy Eyre, returned from recording in the USA with Mark-Almond he was invited to see them play at London's Marquee club with a view to joining. Eyre recalls: 'The band was absolutelly electric. The combination of jazz, serious heavy rock and Nigerian folk music was incredible. The highlight of the evening though was an unaccompanied guitar section in the middle of Hungry Horse.

Terry Smith attempted and incredibly speedy rising line that ended up in a mis-fretting. He grunted and tried again. Still missed the last couple of notes. As hot as the Marquee club was, Terry was wearing a thick heavy woolen overcoat. He took a huge slug from it, layed it on the ground and then played the line perfectly and at double the speed! .

That's when I knew I wanted to play with that band!". Zzebra was a hard-working road band and it's improvisitational natural couple with the sheer power of the rhythm section allowed it to constantly experiment without losing the audience. Many new songs were composed this way and within s short time they had enough new material to record, "Panic".
by Tommy Eyre 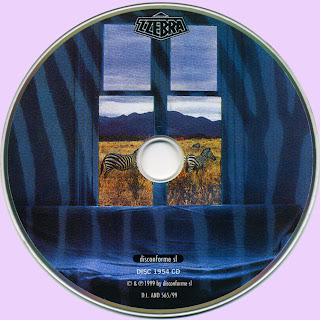 I've recently discovered Osibisa and I like them. This looks very interesting, thanks Marios!

You have made me curious. Thank you.

I'll give it a spin, cheers Marios!

A new one for me Marios,thanks for the chance to hear.

Thank you very much for the best album Zzebra ever made.
Just came across your blog and wanna say huge THANKS for your efforts! I surely will be back from time to time ..
all the best

Wow! There are so few records with Terry Smith. He was such a gifted and inventive guitarplayer.
Merci beaucoup!

Hi. I've only just found you. What's the password? Thanks.