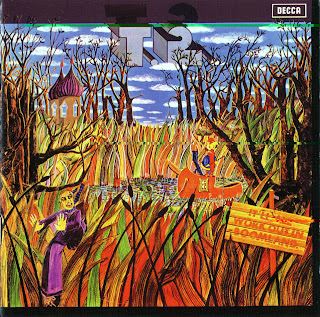 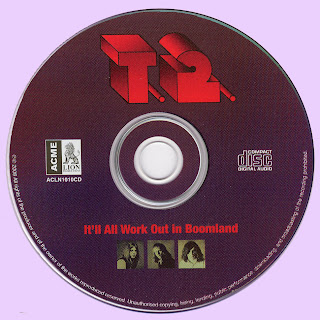 Such a CLASSIC heavy post-psychedelic proto-prog album. Vocals distinctive for the idiom -- not loud, but haunting and mournful, over loud music. Self-titled release, issued much much later from other sessions is very good too, but not that well-recorded.

For me one of the greatest pop album with Dark.
Great guitar playing from Keith Cross .
No trace from this young guitarist after a Cross & Ross album (not at the level of T2).
Thanks for this post.

thanks for sharing Marios

we need this up again fearless leader!

T2 were unique in so many ways .

By that summer of '1970' King Crimson had already released 'In the court of the Crimson king a year earlier and now in 1970 so many bands like Jethro Tull, Yes, Free, Family , The Moodies, Zeppelin, Purple ,ELP and Santana had all released so many incredible records that an album such as 'Boomland' would find it hard to find a place ...


Labels were very important and if you were on the 'wrong label' it would have some significance on your future wellbeing .

Atalntic was cool , so Yes' and Zep' were ok , Island' was super cool so Crimson , Elp and Free were sorted but 'Decca' ...?

Decca had turned down The Beatles , they were middle of the road compared to all the others ...

So lack of good promotion , lack of investment , label bosses out of touch with the Zietgiest and an unknown band who had come from obscurity to be something of the 'new underground darlings ' .
It was always going to be a 'hard act to follow' as they used to say ...

Decca got fed up and should have offered them a transfer to 'Deram' ( Decca's new prog arm of their label) they has Caravan' so at least that way they could have have had a chance ...

Boomland was deleted in the next 12 months , the band split and never ever managed to achieve that highpoint whch was 'Boomland ' ...

Pete Dunton -Drums and vocals tried to keep the band touring and they recorded a few patchy records mainly demos and even managed to release albums in the early 90's as a version of T2 but no ...

Last heard of playing bars and clubs in Thailand !! so sad, there is a shaky vid on YouTube othis current band doing 'All the White Horses' in a tiny bar with people talking over them just like any other regular pub band...Bahhh not good . I think Pete Dunton lives over there ...

Keith Cross was last seen in the USA and reportedly teachng music .( Not confirmed)

Nothing heard of Bernard Jinks since the early days , some reports of him passing away not sure about that...

One of the great great lost albums and right up there with Terry Reid turning down the vocal spot in Zeppelin because he had a tour booked and couldn't commit , so he suggested his mate Robert Plant !!- a 'What might have been' situation.

Imagine a 'sliding doors ' world where both T2 had become as big as say Yes' and Terry Reid fronting Led Zeppelin ...wow .

Now that would have been something ...

The vinyl album is worth a lot of money and any cd versions have been pretty messy .

There is a current Japanese print of the album , it's expensive and sells for around £34.00 so you decide.

Marios, could you please provide new link? I have this CD but without bonus tracks. Thank you!

MusicFan, "T2 - It'll All Work Out in Boomland" updated..

Hi, thanks for this update Marios.
Bought the album back in 1970, amazing piece of music, been trying retrace the band but got the name wrong, Christopher Cross some how. Great memories of listening to Boomtown on the headphones.
Going to do some more research and dig out the album to play more often. Made my Christmas, thanks.