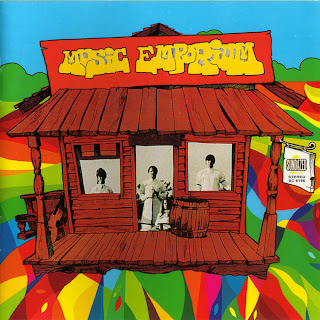 The Music Emporium was a venturesomely creative quartet, comprised of Dora Wahl, their only non-vocalist, but an accomplished girl drummer - one of only a few in rock at the time (Jan Errico of the Vejtables, and later, the Mojo Men, as well as Maureen Tucker of the Velvet Underground, also come to mind); Carolyn Lee, another nimble femme, who made the bass guitar hum (also played piano and sometimes, organ); Dave Padwin, a master of both wispy and agitating chops, on guitar; and Bill "Casey" Cosby, the organ playing wizard, who could blend wedding and funeral music (psychedelia is often awash with contradictions) to evoke a new, sonic vocabulary and who also wrote or co-wrote, with Thom Wade (guitarist/vocalist from a previous group he played in), the lion's share of material for the band.

With all of the aforementioned virtuosic qualities, the Music Emporium's signature could range anywhere from grinding eeriness to luscious wistfulness, even taking one into the twilight zone, at times.

The lyricism in all of the songs on "Music Emporium" are philosophical poetry, pursuing--through apocalyptic crescendos and chanting sound bites--poignant issues that were the embodiment of the 60s: peace, love and brotherhood; ultimate knowledge and truth; the celestial; the wearisomeness of work; and fate.

This brings me to the matter of five bonus cuts on this expanded CD reissue by the Music Emporium: instrumental versions of half of the ten numbers heard previously that were on the original album.

I found that their music here, divorced from lyrics, can depict impeccable images.Yes, the incessant intensity in the mellifluous mystique they engender is like the sight and redolence of incense, wafting forever through the air of an open window on a dreamy midsummer's dusk.

All in all, this CD by the Music Emporium is a veritable masterwork. If they possessed a slightly larger oeuvre like, say, what the Left Banke or the Strawberry Alarm Clock (who they bore some resemblance to) had, they might have been a contender for the most underrated group in rock history accolade.

Indulge yourself then; go out and snap up this CD now, for in this opus by the Music Emporium the dance of hypnotic keyboards brightens whispering darkness.
by David Chirko 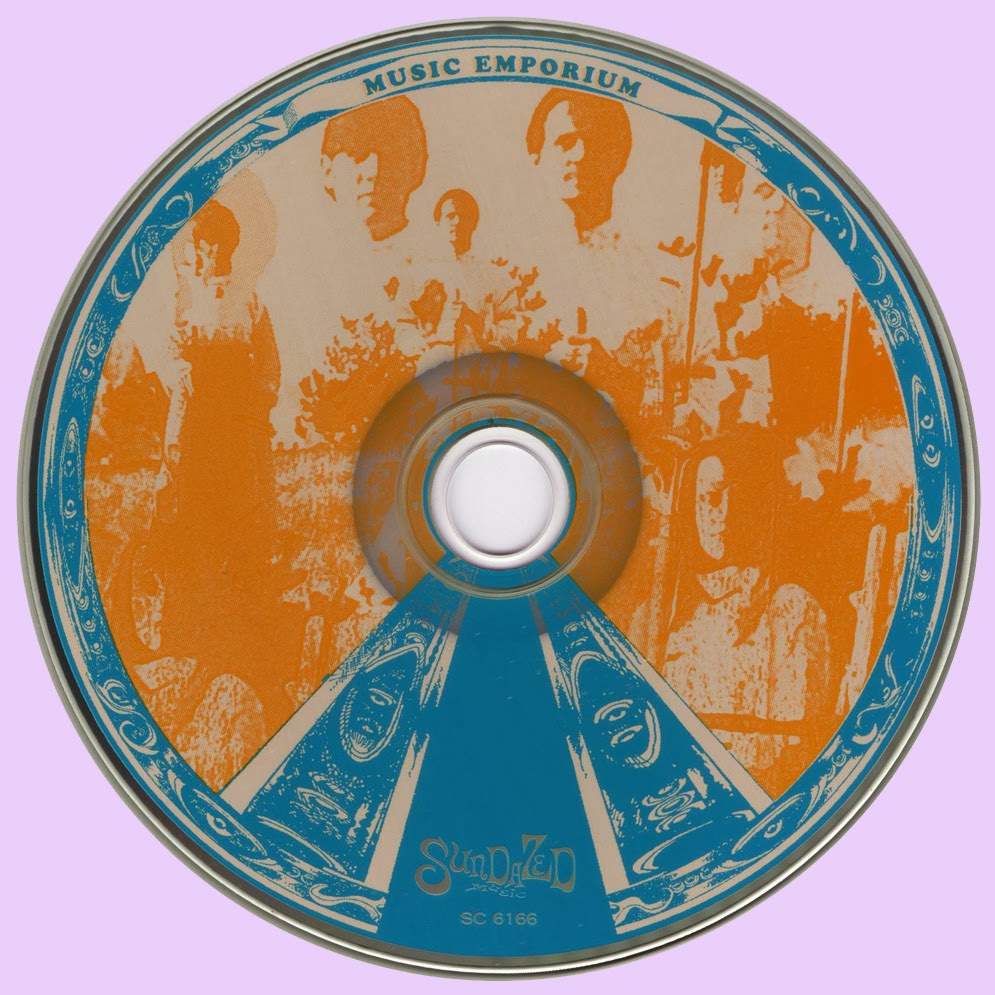 This is a very good album. The first track "Nam Myo Renge Kyo" is a favorite of mine. The soft and psychedelic "Velvet Sunsets" is a nice song, quite different from the organ driven "Prelude"and "Cage". "Sun Never shines" is an excellent song also. Great post Marios!!

A great gift to all visitors Rockasteria Blog!!!
Fantastic edition,audio quality is awesome.
This album is ajewell,recommend everyone to listen it!!!
Marios - Thanks again for your tireless efforts to bring such wonderful music back into cireulation and especially in lossless format,thank you devotion Your time!
Cheers!!!

I had just gotten out of the Navy in 1969 when Casey Cosby was teaching music at my mother's music studio and he had formed this band called The Music Emporium they were playing at the dye vyas Dives you could ever find and had two girls in the van so being as I am 6'5 they hired me to be a bodyguard short of for the girls it was so much fun being a roadie / bodyguard. Unfortunately at that time the draft was still in place and Casey got the letter but was fortunate enough to be a virtuoso keyboardist and was hired by the West Point band to be there accordion player and keyboard artist he apparently stayed in the service for quite a few years after that but because of that he left in the band broke up. It was a fun time and we had a great time together

Anytime is a good time for this one to come back...thanks!